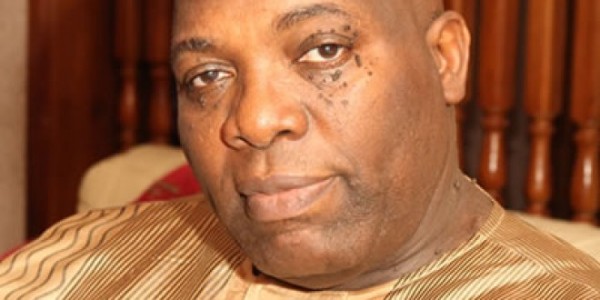 Snr special assistant to former President Goodluck Jonathan, Doyin Okupe has described both the People’s Democratic Party (PDP)  and the All Progressives Congress (APC) as two sides of the same coin. According him, even if the APC fails, PDP will not be an acceptable alternative to majority of Nigerians now or in future.

Okupe made the remarks in a Facebook post on Thursday on the need for PDP to reform itself.

Read his full statement below:

It was a great news to hear the formation of a body to drive the mobilisation of members of the pdp under the distinguished leadership of High Chief Dokpesi. I personally felt good that at last some people were thinking of the future of the party.

However I sincerely do not think mobilisation is the immediate thing the PDP needs now. The party has suffered very serious bashing if not bastadisation from the sustained avalanche of assaults from the gigantic propaganda machinery of the now ruling party the APC.

The credibility of the party as a veritable political alternative to the APC has been nearly irreparably damaged. Some of the recent disclosures and more that may come up from the impending probes will further damage the national acceptability of the party.

At the end of the day the APC may not meet up the expectations of Nigerians or may in fact fail out rightly over time but the PDP as it is presently constituted will not be an acceptable alternative to majority of Nigerians now or in future.

The APC and the PDP has become two sides of the same coin. No clear philosophy. No ideology or central motivating theme. No clear policy objectives. No true leadership. No defining party character or style. Only contestants, aspirants and office seekers No party discipline, pedigree or ethics.

The truth is that some people put together a strong coalition to wrestle power from the military. That coalition gave birth to PDP which held the power for 16years until some other people put up another coalition for the sole purpose of wrestling power from pdp. This they successfully did in march 2015.

The time has come for the PDP, if it must remain politically relevant, to total overhaul and REFORM itself, engage Nigerians in a new coalition for the sole purpose of putting our dear country on the true path to the true, real and the enduring change that will once and for all establish us as a major global player. Not pretenders that we presently are.

The PDP must reform lest it dies, God forbids, a painful and insidious death.