Ammar Abdirahman’s mother said she sent him from Minnesota to a Somali boarding school to protect him. The teen never returned home. Sent to Africa to be safe from gangs in Minnesota, Ammar was instead beaten and killed by locals in Somalia in May. His mother said the teen may have been targeted because he was American. 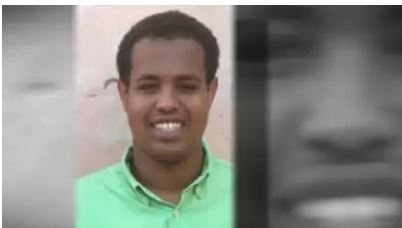 No formal homicide investigation has been launched and his family is still trying to obtain his remains.

“He was smart, he was inquisitive, he was asking questions,” said Omar Jamal, a community leader in Minnesota. “And for that, they tortured and killed him.”

Ammar was born in Minnesota, the son of Somali immigrants. But his parents sent the 17-year-old to Puntland, a city far north of the infamously volatile Mogadishu, so he could learn about his culture and not get caught up with the wrong crowd in Minneapolis.

Federal authorities have charged at least six Minnesota men with trying to support the terrorist group ISIS this year.

But five people attacked Ammar, who died from the beating, according to family members who spoke to FOX9.

In graphic pictures of a man identified as Ammar, deep, dark scars are easily visible and multiple whip-like abrasions crisscross his torso.