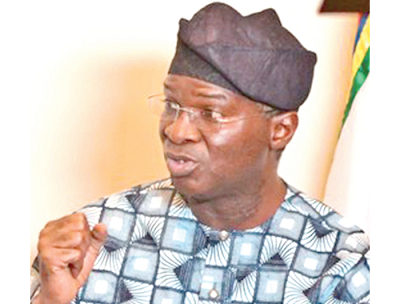 Earlier today, the blogosphere was rife with reports that former Lagos State Governor, Babatunde Raji Fashola, SAN, in 2014, spent the sum of N78 million for the upgrade of the website – www.tundefashola.com.
According to a budget report on the website of the Lagos State Public Procurement Agency, the contract was awarded to Info Access Plus Limited. 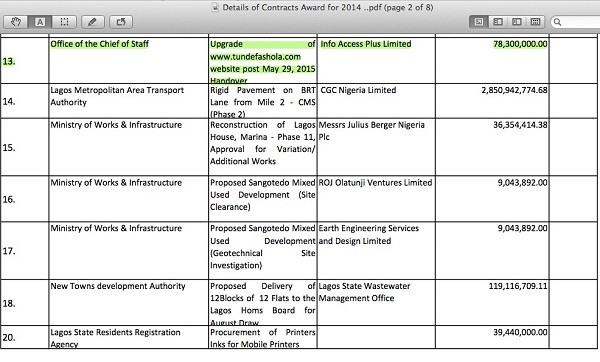 Following this revelation, not a few Nigerians expressed their disappointment and rage that the former governor could approve of such an outrageous amount for an upgrade of the website.
However, the man in the eye of the storm has responded to the backlash, saying the website tundefashola.com is not his personal website as erroneously reported.

“It is imperative to state here that, the website in question is not Mr. Babatunde Raji Fashola’s personal website but an official website which reports and documents his official activities as a way of socially accounting for his stewardship to the people of Lagos State”, a press release put out by the ex-governor’s media team reads.
It explained that the idea behind having an official website for the then governor was to improve on his earlier commitment to public access, which saw him in the first place being the pioneer governor to publish his telephone number on the pages of newspapers.

“As pressure mounted on that number, the website and all of its social media handles became alternative platforms for people to directly engage with their elected governor”, the statement said adding that “As former Lagos State Governor, I set out to streamline easy access to myself, while in office and to document my activities for the citizens”.
The statement further noted that “From 2008 and up till May 29, 2015, the www.tundefashola.com web site processed thousands of press releases/speeches, more than 6 million pictures, thousands of videos to generate world class, content-rich online information collateral for the former Governor of Lagos State, Mr. Babatunde Fashola, SAN.
“The same www.tundefashola.com web site provided great opportunities for the Lagos State Government, as it collated all activities of the Lagos State Governor, Mr. Babatunde Fashola, SAN, and his government during his two terms”.