For Wives – What Your Husband Really Wants 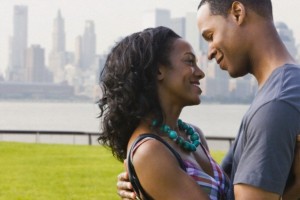 Let’s assume, ladies, that you married a decent guy. If not, then you probably ought to be reading a different article, one that I’m not particularly interested in writing. I’ll leave that to the marriage therapists, or maybe the divorce attorneys.

But assuming your guy is a keeper, there are certain things he wants out of marriage that you probably ought to be aware of — and some of them might surprise you. It’s important for you to understand just what your husband is looking for in a relationship if you want yours to be a lasting one.

Here are seven things your husband wants that you can help him with:
He wants to be your hero

This may sound old-fashioned, and maybe it is, but what every decent guy wants more than anything else is for his wife to look up to and admire him. You are the most important person in the world to him. Thus, your approval means more to him than anyone else’s.

Admittedly, even the best of men don’t always behave admirably. But if you’re willing to overlook occasional lapses and consistently treat your husband like the good guy you know he is at heart, he’s much more likely to be that guy more often. (If the lapses are more than occasional, see paragraph 1.)

Take a page from the best elementary school teachers who understand the importance of positive reinforcement. Treat kids like they’re smart, and they’re more likely to act smart. As you’ve long suspected, your husband is really just a big kid. Tell him frequently how much you admire him. Chances are, he’ll respond by trying to be admirable.
He wants to be your lover

I know what you’re thinking: “Aha! I knew sex was going to be on this list somewhere!” Well, of course your husband wants to have sex with you. For companionship, he has his dog and his football buddies. Your relationship is something different.

What your husband really wants is someone he can be intimate with on every level without having to worry about feeling self-conscious. He wants to hold hands in the car and snuggle on the couch. He wants to kiss, regularly and sometimes passionately. He wants to whisper little suggestive remarks in your ear while doing dishes, hear you laugh and see you arch your eyebrows provocatively in response.

In short, he wants a lover who is all his own — and in return, he’ll be all your own. And yes, sometimes all that hand-holding, snuggling, kissing and ear-whispering will lead to sex.
He wants to be your best friend

It’s common today to see wedding invitations that say, “Today I marry my best friend.” This is a good development, I suppose, but I wonder if it isn’t just one of those cute things people say without fully realizing the implications.

Because, once you get married, you really will be each other’s best friend — or else you won’t be friends at all. There isn’t much middle ground. You spend so much time together and get to know each other so intimately, that a strong friendship is necessary if your relationship is going to last. That means mutual respect, genuine affection and a willingness to overlook faults.

As a decent guy, your husband loves that you have other (women) friends. He just wants to be BFF number one, the one you share with the most, the one you turn to most often, the one person you would rather spend time with than anyone else in the world. Be that kind of friend to him, and he will be the same kind of friend to you.
He wants to understand you

It’s a running joke in our culture just how little men know about women — it probably has been in every culture since the beginning of time. I bet Eve had Adam scratching his head with regularity.

Nevertheless, despite the apparent futility of the endeavor, your husband desperately wants to understand you — why you do what you do, what you mean when you say certain things, what makes you tick. If he is a decent guy and a good husband, he is committed to spending his life in this pursuit.

So please, help him out when you can. When you think something is important but he doesn’t, take the time to explain your reasons. Then listen respectfully, with an open mind, to his perspective. Above all, tell him what you want. Don’t expect him to read your mind. It’s written in a language he doesn’t speak.
He wants to protect you

It’s true that we no longer live in a time when women and children are at risk of being eaten by wild animals or carted off by warring tribes. Nevertheless, every decent guy has a deeply ingrained instinct to protect his family — from whatever dangers our modern society presents.

Sometimes this urge to protect you will take a negative form. For instance, your husband might withhold important financial information from you because he “doesn’t want you to worry.” Or he may become possessive if he perceives that some would-be Romeo is coming on to you. At times like these, you might need to help him understand that you’re a big girl, perfectly capable of handling such situations.

Just be gentle. Remember that what’s driving him is not so much selfishness as a concern for your safety. Would you rather have a guy who just didn’t care?
He wants to make you happy

Priority one, for any decent guy, is his wife’s happiness. If the love of his life is not happy, he has failed. It’s as simple as that.

Of course, you know that he isn’t necessarily responsible for your happiness. Sometimes you’re just going to be unhappy, and most of the time that has nothing to do with hubby. But he might have a hard time believing that. As far as he’s concerned, your happiness is his responsibility, and he takes that responsibility very seriously.

Try to help him understand that, just because you’re unhappy at the moment, it doesn’t mean you’re unhappy in general, or just because you’re upset at the circumstances, that doesn’t mean you’re upset at him. Be patient with him while he tries to sort this out. He’s probably going to keep doing stuff designed to make you feel better whether you want him to or not.
He wants to be himself

No doubt it’s true that a good marriage changes both partners for the better. At the same time, nothing is more damaging to a man’s psyche than the realization that his wife doesn’t really approve of him the way he is and is dead-set on re-making him to suit her.

A decent guy needs to know that you love him, warts and all. That doesn’t mean he won’t try to make needed improvements in his life. In fact, he’s more likely to set about effecting positive changes if he feels accepted by the woman he loves. Remember, you knew what he was when you married him — a truly decent guy, yet not without his flaws, just like the rest of us.

Once you understand what your husband really wants, not only will you be happier, but you can also make him happier and reap the rewards of a stronger relationship. Because, ultimately, the only behavior or attitude you can really change is your own

Share
Facebook
Twitter
WhatsApp
Previous articleMy Role In Jonathan’s Defeat Is The Reason Am Being Attacked Over Osun Financial Crisis, Aregbesola Says
Next article30 Things That Are SO Much Better Than Falling Back In Love
- Advertisement -