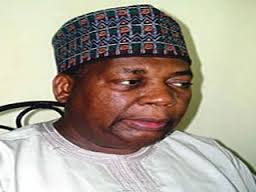 A former Chairman of the Peoples Democratic Party in Plateau State and former Deputy Governor, Mr. Jethro Akun, has dumped the party for the All Progressives Congress.
Akun was deputy governor in the short-lived Michael Botmang administration.
In a statement he personally signed and made available to journalists in Jos on Wednesday, Akun said his decision to leave the PDP was borne out of personal conviction.
In the statement on Wednesday, Akun said, “I write to withdraw my membership of the PDP with immediate effect for personal reasons. I wish to however thank all those who have assisted me during my service in various positions I have held within and outside the state”.