Victor Ben Ebikabowei aka Boyloaf, a renowned ex- Niger Delta militant, in the exclusive interview with Aderonke Bello of Naij.com accused the former president, Goodluck Jonathan, of neglect and called him a wicked man. 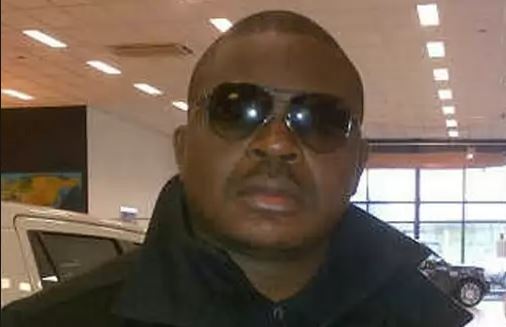 He urged the incumbent president, Muhammadu Buhari, to probe the immediate past administration which, he said, was riddled with corruption.

Mr Victor also advised the federal government to negotiate with Boko Haram whenever they are ready and even suggested amnesty to end the continuous killings in the northeast.

Read the excerpts from the interview and watch the video below:

Naij.com: Some people believe that the agitation of the ex-militant is selfish, they feel you are the people looking for self-interest. True?

Naij.com: There is a high level of poverty in Niger Delta. Are you not worried, looking at the benefits from the region?

Naij.com: What kind of solution should be proffered to tackle poverty in the region?

Boyloaf: It’s the lack of job. There is no job, and, there is no job anywhere and the features have been taken by the southerners, westerners and northerners and you know. It is ‘man know man’ in Nigeria, even everywhere that’s how it is.

Naij.com: Don’t you think it is high time for the federal government to terminate the pipeline surveillance contract?

Boyloaf: With what the president said, he is ready to carry the Niger Delta people along, as far as I’m concerned, when he appoints a new leader. And we need to see how he unfolds this plan because the job we did as surveillance, it has not been paid. And my belief with what the president is doing currently and what he did to the Ogoni’s… This is something that the former leader was supposed to do and the leader did not do for years. Someone just came in and cleanse the place all of a sudden, and then nobody was so surprised and I think he has really convinced us, that’s a good plan, I’m not bothered anyway, but as times goes on we shall know what his plans are.

Naij.com: President Buhari will celebrate three months in office on August 28? Do you think Nigerians made the right decision?

Boyloaf: I think President Buhari is God-sent, because of the plans he is unfolding… It was not wrong to vote Jonathan out and I think Buhari surprised so many and of which what we did not expect from him and he is doing. So Nigerians were not wrong for voting Jonathan out, for sure.

Naij.com: You mean, it is a blessing for Nigeria that Goodluck Jonathan was voted out of power?

Boyloaf: It is a blessing to Nigerians and Bayelsans. Goodluck, as a president, is a man from Bayelsa state. And if you go to Bayelsa state, you will not see the presence of the federal government. He is not only wicked to Bayelsa, he is also wicked to himself. Go to the community where he came from, Otuoke. You will not see any infrastructure there. It is a blessing he is no longer in power.

Naij.com: So, you mean Buhari have made positive impacts?

Boyloaf: Yes, he has done it. With what he did in the Ogoni land … What they have suffered for, after what they have been suffering from for years. We are waiting for more.

Naij.com: Are you asking for more on their behalf or what?

Boyloaf: You don’t need to ask, you just need to go to the region and see for yourself.

Naij.com: Lately, the issue of whether the federal government should negotiate with Boko Haram came up. Do you think that the authorities should go ahead and negotiate with them?

Boyloaf: Well, considering the number of people who have died during this Boko Haram crisis, I think if they are ready for negotiation, I will advise the president to go ahead, because I think, he needs to save more lives. They (Boko Haram members) are Nigerians like us, for God’s sake. Let the people live in peace.

Naij.com: They want an Islamic State, remember? Do you mean they should be given what they want?

Boyloaf: If they want amnesty, and they are ready for peace, let me tell you something: once there is a crisis anywhere, and two parties are ready for settlement, they are bound to settle. If Boko Haram are ready for settlement why not, I will advice Buhari to settle. But for Christ’s sake, we are all Nigerians! What are we fighting for? If we want a Niger Delta state and we want to cut out of Nigeria and form Niger Delta state, will they be happy? No. We are still one people, we should live as one Nigeria as we have been living.

Naij.com: Do you think that the past administration should be probed?

Boyloaf: I’m in 100% support of that, if possible more than 100%. Seriously, they should probe him just because of the fraud in there. I know the kind of fraud in this amnesty, of which I have cried out and raised my voice, of which even the president was aware of, and he did nothing. They talked about the third face amnesty. If you look at the third face amnesty, it is just like a political settlement for some people, of which we knew quite alright that is the wrong thing that they are doing and if you raised your voice and cry out loud, they would say you are against the government. So, I think you need to probe so we will bring out our fact and evidence to show that there is fraud in (the amnesty) and some sectors.

Naij.com: It is not that simple to probe the past president, you know?

Naij.com: Should the amnesty be continued?

Boyloaf: Yes, I will advice the government to continue with the amnesty program. This is fact that the calibre of person that they brought in as a leader and coordinator of the amnesty… I think he is supposed to clean the process and follow the right track. You see, everything they say they have trained about 30,000 people, but they have trained less than 17,000 people. So what are you expected to do: to push the other ones away? Do you want to push the boys to the streets to pick up alms?
That is not the best, so the government must continue this amnesty. The past government had been taking it wrongly and the new government should correct it and forge ahead.

Naij.com: Do you think Ken Saro-Wiwa should be immortalized?

Boyloaf: For sure, he should be immortalized. Saro-Wiwa is a hero that we will all live to remember. He is somebody that has played his part and gone. Some of us have played our part and some are benefiting from what we fought for. Saro-Wiwa started it, and Isaac Gboro, and we will live to remember them.

Naij.com: Why did you jump ship from Jonathan to Buhari. Was it because he didn’t win?

Boyloaf: Let me tell you something, Goodluck is someone from Niger Delta, and he did not give us the amnesty, rather late Musa Yar’Adua gave us the amnesty. Goodluck only inherited it and it is the first time the Niger Delta man will emerge as the president. What do you want us to do? Whether you like it or not there must be sentiment attached to that… Goodluck came from Niger Delta and what we expected Goodluck to do is to help us. But Jonathan was busy fighting politicians in his region. That was when I knew Goodluck is someone who does not keep to his words, like many people I have been seeing.
We did not jump ship. What did we benefit from the administration? He gave us surveillance job for one year and he gave us the job during the elections period. When the one year elapsed he canceled the job, for three years we have not been doing any job, the region we are making money from… He cancelled it, but when Yar’Adua was there, he was making plans for lifetime empowerment for leaders, but when Goodluck came in there, instead of him to incorporate what Yar’Adua started rather, he boycotted the leaders and gave all these things to politicians, he gave the yams’ knives to them all.
Goodluck only carried few people who are politicians along. The only way even the amnesty he gave, is it the 65,000 that don’t go anywhere, Goodluck didn’t do anything for us. Rather he slowed down the system for his people. Why do you think so many leaders left Goodluck? If you say anything that is against the government they will say you want to destroy the government. There were many things about the amnesty that were so wrong, but if you said anything against the amnesty, they would say you want to discredit the amnesty.
There was a time when the former minister called for a total review for the amnesty, they say they wants to put them in trouble and bringing different parastatal, or to cancel that. And you know, what they did they used the second phase of the parastatal to do settlement in the villa. I will tell you that, some of the people of Goodluck have slots in the amnesty in this third phase. That is why I say this man on board now should clean the place and do proper overall, because he will see the fraud.