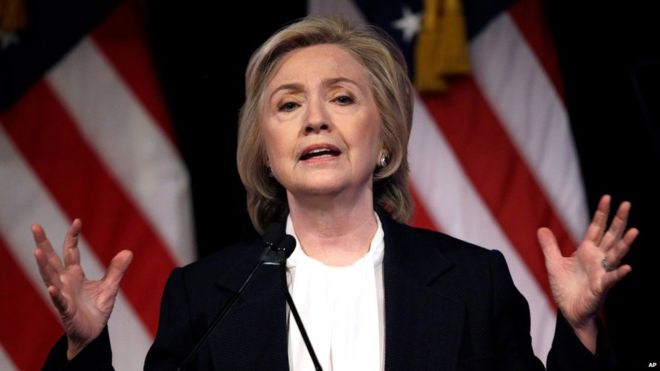 Democratic presidential hopeful Hilary Clinton has hit back at one of her Republican rivals, Jeb Bush, over who is responsible for instability in Iraq. BBC reports:

On Tuesday Mr Bush accused the Obama administration of a “premature withdrawal” of US forces from Iraq in 2011, with “grievous” costs.

Mrs Clinton replied by saying it was Mr Bush’s brother George W Bush who, as president, negotiated a US withdrawal.

The US-led war in 2003 has been followed by years of turmoil. Mr Bush called the withdrawal of US forces in 2011 a “fatal error”, destabilising the nation and setting the stage for the rise of Islamic State militants.

“So eager to be the history-makers, they failed to be the peacemakers,” Mr Bush said of Mr Obama and Mrs Clinton, who was Barack Obama’s secretary of state from 2009 to 2013. “Rushing away from danger can be every bit as unwise as rushing into danger,” he told a rally in California.