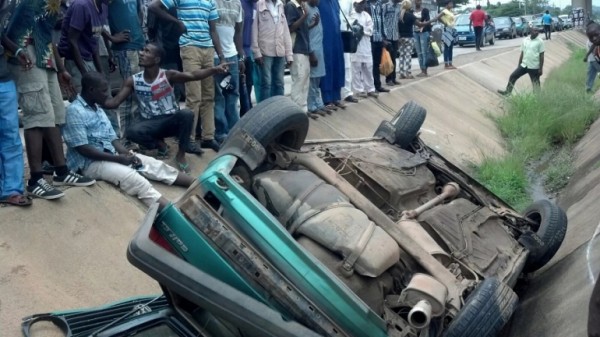 A fatal accident occurred this afternoon Friday August 14, 2015 around the popular Apo-bridge, Garki 3, within the Federal Capital Territory.

The incident happened as a young-man at the verge of crossing the expressway, got hit by a Gulf-car with registration number ABC-35XC.

A passer-by simply named Gideon told our reporter that it was a terrible situation. He said: The driver of the gulf was trying to avoid hitting the pedestrian crossing the road. Unfortunately, he swerved too much and suddenly hit the culvert and immediately, the car somersaulted multiple times.”

However, the victim was immediately rushed to a nearby hospital while onlookers immediately make frantic efforts ‘bring-out’ the three occupants of the car. They sustained minor injuries.

None of the victims died. 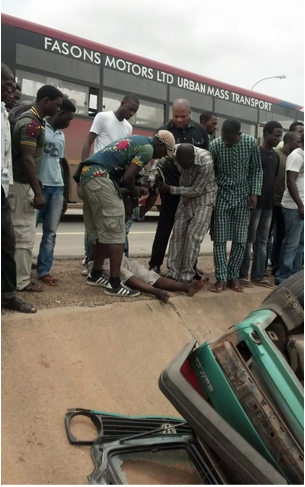 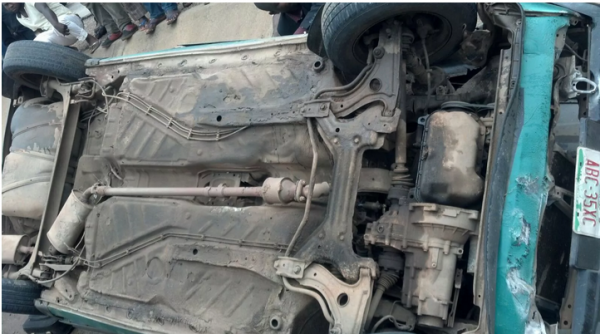 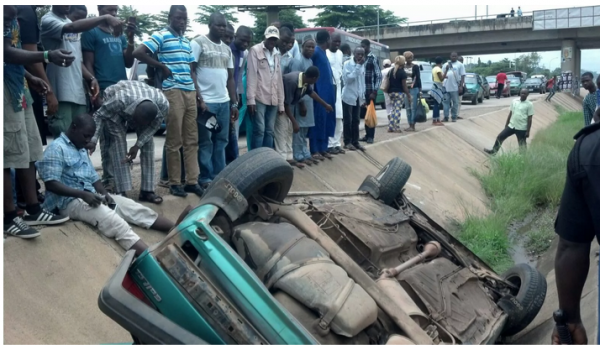