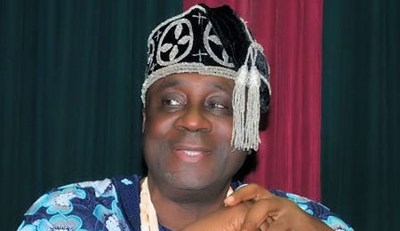 The International Criminal Court has reportedly commenced investigation of the Oba of Lagos, Oba Rilwan Akiolu, for statements made about the Igbos in the build-up to the Lagos governorship election.
The foremost Lagos monarch had vowed that Igbos in Lagos, who voted against his preferred candidate, Akinwunmi Ambode of the All Progressives Congress, APC, would drown in the Lagoon. He, however, said his statement was misconstrued but insisted that his anointed candidate must emerge winner.
Mr. Ambode eventually defeated Jimi Agbaje of the Peoples Democratic Party in a highly contested election.
The son of a late former governor of old Anambra State, Josef Onoh, on April 21, petitioned the ICC on the statement and asked the world jury body to investigate the threat and bring the traditional ruler to justice.
The ICC had earlier in the year acknowledged receipt of the petition and promised to give consideration to Onoh’s request.
Mr. Onoh petitioned the ICC saying he believes that Oba Akiolu’s threat amounted to a call for violence to be perpetrated against the Igbo in Lagos in the event that the APC governorship candidate loses the election, which he noted violates Article 20 of the International convention and elimination of all forms of racial discrimination.
“Had the threat been made by any lesser person we would have dismissed same as an idle threat, but coming from the Oba of Lagos himself, it was a call to arms and an incitement to violence against the Igbos”, Mr. Onoh wrote.
In a second correspondence to the petitioner with reference number OTP-CR-140/15, dated August 13 2015, ICC’s Head of the Information & Evidence unit in the office of the prosecutor, M.P. Dillion, said they were analyzing the situation identified in his petition with the assistance of other related communications and other available information.
Part of the ICC’s latest letter to Mr. Onoh reads: “Under article 53 of the Rome statute, the prosecutor must consider whether there is a reasonable basis to believe that crimes within the jurisdiction of the court have been committed, the gravity of the crimes, whether national systems are investigating and prosecuting the relevant crimes, and the interests of justice”.
Acknowledging receipt of the petition, the ICC official “This communication has been duly entered in the communications register of the office”.