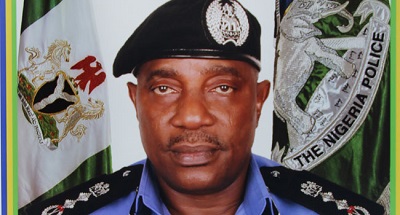 A serving Sergeant with the Bauchi State Police Command, Godwin Hosea, has been promoted by the Inspector-General of Police, Solomon Arase, to the rank of an Inspector for locally producing a bullet-proof jacket.
Decorating the newly promoted Inspector at the Police Headquarters in Bauchi on Monday, the Commissioner of Police in the state, Mohammed Mohammed, commended him for displaying exceptional talent.
The police commissioner said, “On July 22, 2015, during a one day official working visit to the Bauchi State Police Command by the Inspector General of Police, Solomon Arase, one F/No 218346 Sgt Godwin Hosea presented a fabricated bullet-proof jacket he manufactured locally to the IGP during the lecture parade.
“As a result, a visibly happy IGP instantly promoted the Sgt to the rank of Inspector with effect from July 22, 2015”.
The police commissioner, who was represented by his deputy, Sumonu Abdumalik, urged Hosea to rededicate himself to duty and reciprocate the gesture done to him by the IGP.
He also enjoined other officers to emulate Hosea and harness their God given talents in order to move the Force and the nation forward.
In his response, Hosea thanked IGP Arase for the honor done to him, promising to be diligent in the discharge of his duty.