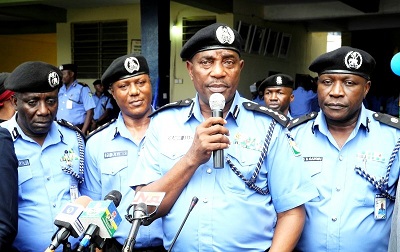 The Inspector-General of Police (I-G), Solomon Arase, has split the Special Anti-Robbery Squad (SARS) into two units with a view to checking human rights abuses.
The Deputy Inspector-General of Police (DIG), Investigation, Dan’azumi Doma, made the disclosure on Friday in Lagos in an interview.
SARS is one of the 14 units under the Nigeria Police Criminal Investigation and Intelligence Department (FCIID).
The operations of SARS include arrest, investigation and prosecution of suspected armed robbers, murderers, kidnappers, hired assassins and others involved in violent crimes.
The DIG said that the current police administration was doing everything possible to check the numerous human rights abuses reported to the I-G.
“The I-G has just revisited the operational method of SARS across the country either at the federal or state level.
“He is doing a lot to ensure that human rights abuses are corrected.
“If you are in touch with the Lagos State Police Command, based on reactions by members of the public, the officer in charge of SARS, was redeployed to Abuja.
“The I-G said the same officers cannot make arrest and investigate the same case, so, he split SARS into two units.
“One is to be in charge of operational activities, while the other section will investigate the case.
“The people who go out to make arrest will not be the same people to carry out the investigation”, he told NAN.
“By doing so, you are isolating the operational men from human rights abuses and other allegations.
“This thing is going to flow down from federal to states, including divisions if such units exist at that level”.
Doma said these were some of the steps taken by the I-G to check human rights abuse, noting that the authority was also looking at what were the causes of the rights abuses.
He noted that the reform was not applicable to SARS Lagos alone; rather, it was total and would help to transform the investigation processes in the country.
Doma said his visit to Lagos was a routine exercise, stressing that the visit would afford him the opportunity to find out the challenges faced by police officers and men.
He said though policemen needed encouragement, he would not fail to point out areas of lapses so that Nigerians could sleep with their two eyes closed.
“People who are doing this kind of job need to be encouraged, that is what I am here to do. If there are lapses, we will correct them.