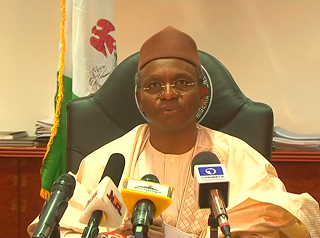 Governor Nasir El-Rufa’i of Kaduna State on Sunday said the state had received a N2 billion soft loan for onward disbursement to rice farmers – to boost its production in the state.

Mr. El-Rufa’i said this during the 2nd town hall meeting in Zaria. He advised the rice farmers to access the loan to improve their revenue base, as his administration had put measures in place to pay off the interest rate.

The town hall meeting is a periodic gathering, organised by the state government with a view to interacting with the electorate.

The governor said each state of the federation was given N2 billion to enhance rice production to enable the country become self-sufficient in rice production.

“It is disheartening to note that Nigeria spends N200 billion on rice importation; but with this new development, it will soon be a thing of the past”.

He promised to revive cotton farming in the state, as part of efforts to facilitate the revitalization of industries.

On recent workers’ screening exercise, the governor said about N120 million that would have gone via ghost workers was recovered.

Mr. El-Rufa’i advised people who erected unapproved structures on government premises to vacate such places before the expiration of the deadline given to avoid any form of embarrassment.

“Those who erected structures on Alhudahuda College premises should note that Wednesday August 5 is the dateline and there is no going back. Anybody who fails to remove his/her structures should not blame the government”.

He appealed to people to criticise him positively saying “criticism will enable me to correct my mistakes and do more for the people”.

Contributions, questions and answers were entertained during the session.