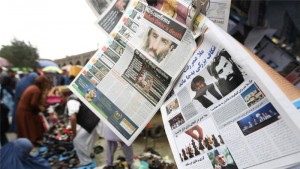 The head of the Taliban’s political office, Syed Tayyeb Agha, has resigned, days after the group announced the appointment of a new chief. The announcement came amid reports that the Taliban leadership is in disarray following the death of its former leader Mullah Omar.  Aljazeera has more:

Agha also condemned keeping Omar’s death a secret for two years calling it a “historical mistake”, Al Jazeera has learned. Agha released a statement that announced his resignation on Monday less than a week after the group announced the appointment of a new Taliban leader, Mullah Akhtar Mansoor after it emerged that Omar died in 2013.

“It was needed that the leader of Islamic Emirate [the Taliban] had to be appointed in the presence of the courageous Mujahideen in their strongholds inside the country [Afghanistan],” Agha said in his statement. “The appointment of every leader that has taken place outside the country has brought very bad repercussions.” News of Agha’s resignation has sparked speculation over the unity of the group and its future decisions.

“One of many reasons Tayyeb Agha’s stance is important: it lends weight to rumours of [Mullah] Yaqoob and [Mullah Abdul] Mannan not being happy with Mansoor’s selection,” Mujib Mashaal, an Afghan journalist, said on Twitter. Born Syed Tayyab Agha Popolzai in Afghanistan’s Kandahar province, Agha had earned the respect of the Taliban leadership because of his closeness to Omar as one of the former leader’s most trusted aides.