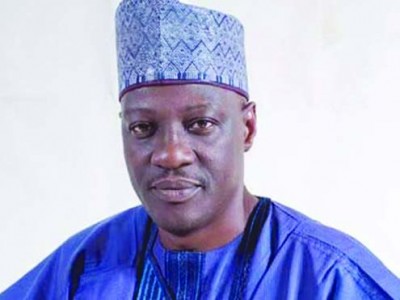 People’s Democratic Party in Kwara State has faulted the rationale behind the state government’s decision to borrow five billion naira to pay the arrears of local governments’ staff salaries.

The state Publicity Secretary of the Party, Chief Rex Olawoye, made the observation in an interview with News Agency of Nigeria in Ilorin.

Olawoye, therefore, challenged Governor Abdulfatah Ahmed, to explain what the monthly Federal Allocations to the councils have been used for.

He maintained that the N3.5bn Federal Allocation to the 16 local governments in the state for the month of June was adequate to offset the three months arrears of salaries allegedly owed council staff.

He said this was aside the state statutory allocation of N5.2bn from the Federation Account for the same month.

“Once an organisation resorts to borrowing to pay salaries, such organisation should be counting its days of collapse or bankruptcy.

“As much as it is good to pay salaries with borrowed money, how do you pay back the loan with the interest? Borrowing to pay salaries means postponing the evil day”, Olawoye said.

Olawoye challenged Ahmed to tell the world what happened to the June allocations that should warrant his borrowing money for salaries.

The spokesman gave a breakdown of the June allocation to each of the 16 councils to prove why it was needless for the APC-led state government to raise bond to pay salaries.