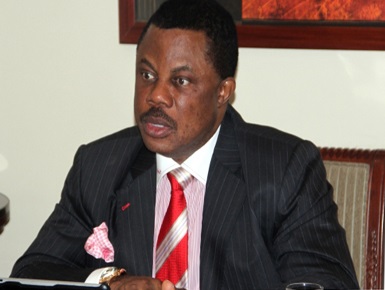 The Labour Party in Anambra State has condemned the stoppage of sponsorship of pilgrims to Jerusalem by the Governor Willie Obiano-led administration.
Obiano had, last week, announced that the state government would no longer sponsor pilgrims to the Holy Land as part of measures to cut down the cost of governance.
However, the LP, in a press briefing Saturday in Awka, the state capital, by its chairman, Comrade Luke Ezeanokwasa, and other executive members of the party, described the announcement as hypocritical and misplaced.
The opposition party pointed out that the Obiano administration was spending more on the things that were not beneficial to the people of the state.
It said pilgrimage to the holy land was key in the lives of Christians, especially at a time of moral decadence such as the society was currently witnessing.
The party noted that to deny the people of such privilege amounted to being insensitive to their needs.
It said, “The Labour Party in Anambra State notes with dismay the recent cancellation of government sponsorship of pilgrims in the state under the guise of cutting down the cost of governance.
“In as much as the party welcomes the Willie Obiano’s sudden step towards reducing recurrent expenditures to the barest minimum, we have to draw the attention of the state government that this is a step forward in the wrong direction in that the state government, 10 months ago, used a whopping N600m in decorating the cities of Awka, Nnewi and Onitsha with Christmas trees and light.
“The governor should have used the N600m, used in decorating the three cities in the state with Christmas trees and light, in completing many abandoned projects dotting the state”.
LP further pointed out that most projects initiated by the former governor of the state, Peter Obi, had been abandoned by the present administration.