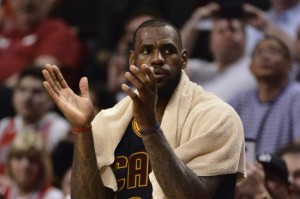 In an age when businesses are trying to come up with every possible idea to earn revenues in digital media, the accounts of celebrities are becoming a gold mine. The bigger the celebrity, the more his or her Twitter or Facebook account is worth when marketing is involved. UPI reports:

For example, Opendorse, a company that specializes in digital and social media advertising, says one single tweet from LeBron James holds the highest value of any American athlete — nearly $140,000.

That’s just about $1,000 per character in a standard 140-character tweet. Why is James’ Twitter account so valuable? Experts say it’s because he is one of the most visible and popular athletes in the world — and he has more than 23 million followers. In other words, his consumer reach is incredible. “It would cost you five times more to reach that many people with a TV ad,” Opendorse CEO Blake Lawrence said.