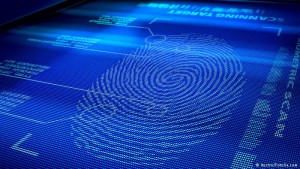 The number one rule for most criminals is “don’t get caught.” For Kenzo Roberts, that rule is slightly modified to “Don’t get identified.” Roberts, 20, was arrested in a stolen Mercedes by the Lee County Sheriff’s office, who found a firearm, fake ID and false credit cards on him.

The Sheriff’s Office’s Facebook page stated, “As Roberts was being detained in the back of the patrol vehicle, he attempted to remove his own fingerprints by chewing them off and rubbing them against the cage.”

Sadly, that wasn’t enough for him, and he still got identified, and charged with multiple criminal crimes, including possession of a counterfeit credit card, grand theft auto, possession of a concealed firearm, possession of similitude of a driver’s license, driving while license suspended, and false identification given to law enforcement.