A man who raped a two-year-old girl and murdered her great-grandparents has been jailed for 359 years. Remorseless Jerry Active, 26, continued to protest his innocence as he was sentenced for his sickening crimes. 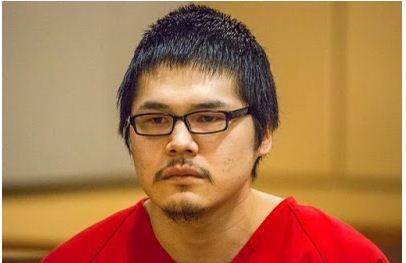 The Alaska native bludgeoned Touch Chea, aged 71, and his 73-year-old wife Sorn Sreap to death at their Anchorage home in May 2013.

He also raped Sreap and the couple’s two-year-old great-granddaughter in a random attack which police described as one of the “worst thing they had ever seen in their lives”.

He was found guilty on 10 felony counts, including first-degree murder, multiple counts of sexual assault, sexually abusing a minor and robbery in April.

Police said he also sexually assaulted a 90-year-old woman, who died in June.

Active had been released early from prison just hours before the attacks, according to state officials.

He was set free on probation after serving part of a seven-year sentence for pleading guilty to breaking into an Alaska home in 2009 and sexually assaulting a child and other residents.

“These murders were senseless, brutal, bloody and bloodthirsty.”