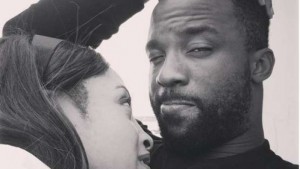 Triple MG co-owner, Iyanya has come out to finally reveal his girlfriend to everyone.

After months and even years of wild speculation, Iyanya has shared a picture of himself and his boo, Freda Francis today (August 26).

The ‘Applaudise‘ singer did not write any caption for the picture though.

Freda Francis is the CEO OF The Oasis Spa, and she was formerly dating Mavin Records CEO Don Jazzy.

Freda Francis and Iyanya took time out from their relationship earlier in the year.

Iyanya was in a previous relationship with Ghanaian actress Yvonne Nelson.