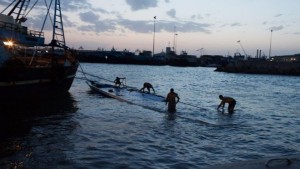 Hundreds of people are feared dead after two boats carrying about 500 migrants sank off Libya, officials say. The first boat, which capsized early on Thursday, had nearly 100 people on board. The second, which sank later, was carrying about 400 passengers.

Rescuers have pulled 82 bodies from the water and saved 198 people, according to Red Crescent official Ibrahim al-Attoushi.

About 200 people are reported to be still missing. The boats sank on Thursday after leaving Zuwara, a major launch pad on the Libyan coast for migrants hoping to reach Italy.

The Bangladeshi embassy in the Libyan capital, Tripoli, has told the BBC that 31 of their nationals were on board one of the vessels. According to witness testimony, the embassy said two children had died and four others were missing. The UN says about 2,400 migrants have died trying to cross the Mediterranean to Europe so far this year.