Nollywood actor, Mike Ezuronye is not happy at the moment and this has brought him close to tears as his integrity is at stake. 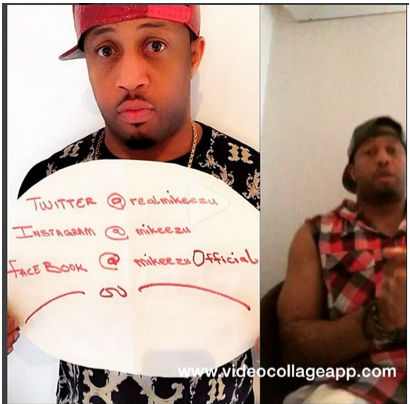 Ezuronye has just written a disclaimer on internet fraudsters who use his identity to dupe his fans of their hard earned income.

He explained that the fraudsters are virtually on all social media platforms, using audio and movie pictures to defraud people.

He wrote: “DISCLAIMER!!!!…So disturbed as I hear my teeming fans are defrauded on the daily by Fraudsters claiming to be me.. Most disturbing is a Fraudster also going on Skype n using my Movie close Up pictures, speaking to people without audio or sometimes slow audio..When the person now asks “why is d audio slow or not there at all?”, the fraudster claims it’s a network issue..

“Recently I have even heard of cases of BLACKMAIL from me to my supposed fans on SKYPE…That hurts me big time..Please here’s what!..If U get anyone claiming to be me or any other Entertainer on any video platform on SOCIAL MEDIA, ask the so called CELEBRITY to send U a picture and Video with the NEWSPAPER of that said DAY showing the DATE.”

Recently, hip hop singer, Wizkid’s email and Twitter accounts were hacked. The singer had to go on social media to ask his fans to beware of any fraudulent mail or message sent in his name.