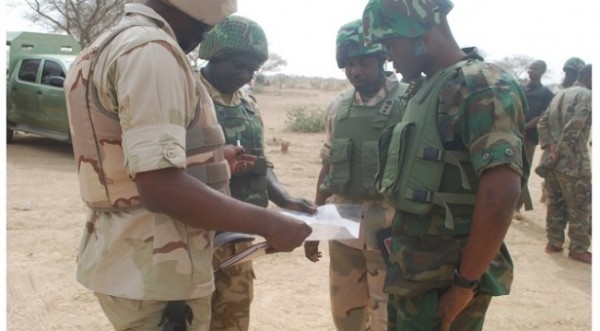 The Defence Headquarters (DHQ) has put in place a joint operation of the Army and Air Force to combat incidences of cattle rustling in the Kamuku Forest in the Northwest parts of the country, which has so far flushed out daredevil cattle thieves from the forest and recovered large herds of cows.

According to a statement signed by Col. Rabe Abubakar, Acting Director, Defence Information, “The operation will be sustained until the forbidden forest is free of criminals and criminal activities.

“The need to establish the joint operation has become very necessary because criminals, miscreants and barefaced common thugs have taken over the forest thus constituting themselves into a nuisance to Nigerians living in the area.

“In the course of this operation, a significant number of rustlers have been routed and large number of stolen cattle recovered.

“The ongoing operation will be sustained until the notorious forest is free of criminals and miscreants who constitute nuisance to the citizenry of the area.

“The JTF boat was on routine patrol when it accosted the barge on illegal mission at Frado Oil Company Tank Farm at Oghara in Ethiope Local Government Area of Delta State.

“The captain of the barge and the crew members are already in custody and are helping security agencies in the investigation.

“DHQ thus, restates the resolve of the military to guarantee safety of lives and property of Nigerians while the military will continue to work hard to fight all maritime crimes such as piracy, bunkering and operating of illegal refinery a halt and also to prevent the prevailing economic saboteur from doing further damage to Nigeria’s economy.

“The Defence Headquarters therefore warns the perpetrators of all form of illegalities in the Nation’s maritime domain and those engaging in cattle rustling across the country to desist from such acts before the long arms of the law will catch up with them.

“The Defence Headquarters is also using this opportunity to reassure the peace loving Nigerians to go about their normal and legitimate businesses without fear of harassment or molestation as military and other security agencies are there to protect their rights and freedom.

“Various military operations across the country are against criminals and enemies of this nation”.