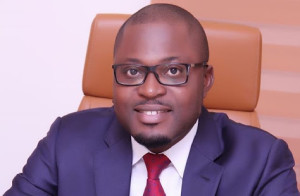 Popular governorship aspirant in Bayelsa State, Moses Siloko Siasia, has concluded plans to dump the Peoples Democratic Party, PDP.
The 35-year old political, who has a large following among youths in the state, is expected to lead over 700 youth leaders across the eight local government areas of the state to the new party.
Quoting a reliable source within the Moses Siasia campaign organization, Vanguard reports that the decision by the astute businessman to dump the PDP is based on the injustice to other aspirants by the newly selected excos of the party loyal to Governor Seriake Dickson and lack of internal democracy within the various organs of the party in the state.
The source also hinted that over 15 political parties within the state are ready to adopt Siasia as their sole candidate.
“Moses Siasia is leaving the PDP because he is convinced the party is not yet ready to change its ways of imposition and godfatherism. Moses is convinced that the PDP has not learnt its lesson from the last general election and will surely suffer the same fate at the forthcoming elections in the state. The governor is running the PDP in Bayelsa like a private estate and has sidelined former president Goodluck Jonathan, a prominent son of the state. There is no reason to continue to stay in the party with him. It is advisable for everyone to leave the party for him so he can do as he wishes with it. Very soon, he will be the only one left in the party”, the source said.
The source further said Siasia will declare for his new party very soon but that “he will not join APC because of the cultural mentality of the Ijaw people who see APC as the party responsible for the defeat of their kinsman at the presidential poll”.
“Moses Siasia is very loyal to the Ijaw race and will never do anything to offend them or hurt their emotions. He is a patriotic Ijaw son”, the source concluded.