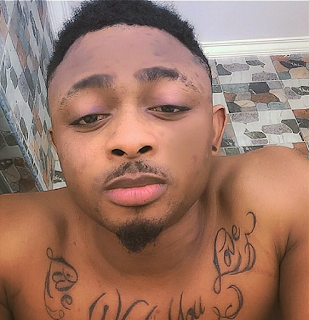 Sean Tizzle has ‘revealed’ the secret to his new pink lips which a lot of people have said he got through a minor surgery, but Mr Sean says no, that’s not true, here’s what he did. According to him, the only thing that changed the colour of his lips was that he woke up every morning to brush his lips like he brushes his teeth. He then applies a lip balm, and alas a pink lips came ALIVE.

‘‘It is simple- you put your lips together and brush them gently to remove the dead cells that may have accumulated overnight or the residue from drinking beverages’’, Sean Tizzle said.