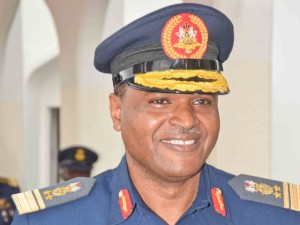 The Chief of Air Force Staff Air Vice Marshal Sadiq Abubakar yesterday in Port Harcourt, the Rivers State capital, described the Dornier-228 plane crash in Kaduna as tragic.
“It was a very tragic one. I have gone to condole the families, the pilots that were involved in the accident”, he said.
The Air Chief was in Port Harcourt to motivate his men against oil theft and illegal oil bunkering as the Air Force had acquired a marine patrol aircraft to enhance its operations around the marine environment.
The aircraft, with call sign NAF030, crashed yesterday into a house at Ribadu Cantonment, Kaduna around 6:45am killing everyone on board.
Air Marshal Abubakar spoke at the 97 Special Operations Group (SOG), Air Force base, Port Harcourt, Rivers State, shortly after a visit to the scene of the crash.
While fielding questions from journalists, the Air Chief expressed pain over the crash saying a panel had been set up to investigate the immediate and remote cause of the sad incident.
“These are some of the hazards associated with flying”, he pointed out.
Earlier, Abubakar had delayed his trip to the Rivers State capital to visit the site of the crash and families of some of the deceased personnel in company of the Air Officer Commanding, Training Command, Air Vice Marshal Alikali Mamu.