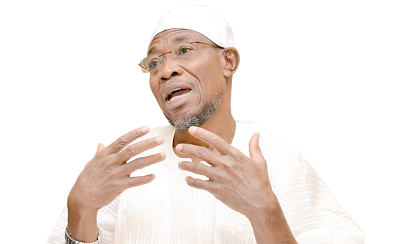 The National Association of Nigerian Students (NANS) has threatened to embark on a mother of all protests against the Osun State Government for its alleged refusal to negotiate with lecturers in the state-owned tertiary institutions.
This is contained in a statement issued in Osogbo on Tuesday by the chairman of NANS Joint Campus Committee, Lukman Adekitan.
The students said they could not continue to fold their arms while the issue that had forced them out of the classrooms for many weeks continued to rage.
The statement read, “In the next seven days the state government must put up measures towards ensuring quick reopening of our campuses otherwise we may be forced to hit the streets again.
“The government must immediately start negotiating with the striking lecturers and Osun State Government must show genuine commitment towards funding tertiary education.
“We say no to workers/students victimisation and every form of inhumanity. We also appeal to workers to sheath their swords and negotiate in the interest of Nigerian students, putting in consideration the present day economic realities”.
The state is owing lecturers and other workers at the Osun State Polytechnic, Iree; Osun State Polytechnic, Esa Oke; College of Education, Ila Orangun, and College of Education, Ilesa as much as six months salaries.
In addition to non-payment of salaries, it was learnt that the state government had not remitted contributory pension deductions from their salaries to their various pension fund administrators.