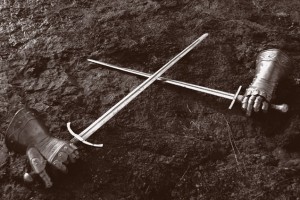 A Game of Thrones-loving New York attorney is demanding a civil suit filed against him be settled with a “trial by combat.” Richard Luthmann, 35, who represented the losing side in a 2013 dispute between two investment firms, said the winning firm and its lawyers filed their civil suit against him when his client vanished without paying more than $500,000 in judgments.

“He’s in the wind, so they said, ‘Let’s whack on his lawyer’s malpractice insurance,'” Luthmann told the New York Post. The lawsuit alleges Luthmann helped his client hide assets to avoid having to pay the owed money. “This is not a lawsuit anymore; this is an absurdity,” Luthmann told the Staten Island Advance. “So I will give them ­absurdity in kind.” The lawyer’s July 21 court filing reads:

Luthmann’s filing goes on to explain a history of the “trial by combat” and his argument that the practice remains a legal option. 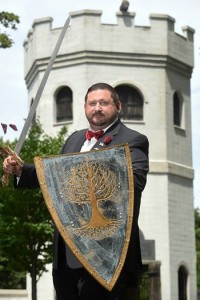 Luthmann said his Game of Thrones fandom has prepared him for such a trial. “I’d go clad in the armor of Robert Baratheon, warhammer in hand,” he said. Richard Chusid, an attorney for the plaintiffs, said he was unimpressed with the filing. “It should be clear that we do not find the brief amusing and, we believe, neither will the court, both from a legal and ethical perspective,” Chusid said in a statement.