A Nigerian man, Freeman Osonuga has been shortlisted as one of the lucky human beings to travel to space. 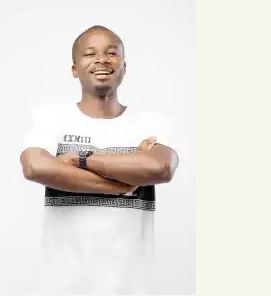 Osonuga, a medicine and surgery graduate from Olabisi Onabanjo University, was selected through the Rising Star programme, which was launched at the One Young World Summit 2014 in Dublin. The programme invited both One Young World ambassadors and outstanding members of the public aged 18-30 to nominate themselves to take on the trip of a lifetime.

If selected for the programme one will not only embark on a once in a lifetime flight to space but will also be offered a three-year management contract. He will be the first black African to fly to space. Osonuga is a 2015 WIRED Innovation fellow. He will be speaking live on stage at the WIRED 2015 conference in October in London. In late 2014, at the peak of the Ebola epidemic in West Africa, he worked as a volunteer worked with the African Union team of Ebola responders for 6 months in Sierra Leone.