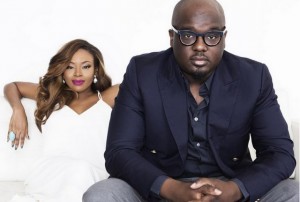 As expected, Nigerians have expressed their varied reactions to the decision of the son of Late Ooni of Ife to get married despite the fact that his father had only just passed on days before. INFORMATION NIGERIA has put together all these reactions as gathered from our platform. Here they are:

Reacting to the wedding, Uwa Osunde said ‘Nigerians with criticism. The wedding has been fixed before the demise of his father. So if he calls it off, will that bring back the old man? May his soul rest in peace’, in response to Uwa’s reaction, Elizabeth Funke Obisanya noted ‘that his dad happens to represent the whole of Yoruba land and was a king in case you forgot, even an ordinary man will have to have it moved a bit so family can mourn, but this one didn’t. Even if the man was 100 years old it is expected that a mourning period be taken and no celebrations during this time. Truthfully the young man should have moved it forward when he saw his father’s situation before he was flown out and after he went to meet the ancestors he should have moved it back say till December that is what a good son would have done. It is clear that they tested him with this and he failed’.

Adaobi-joy Ani in her response opined that ‘Why not? Will his refusal to go ahead bring back the father? abi na him kill the man? Moreover do you know how much was spent already? The father am sure will like the wedding to go on’.

Further reactions saw Anibire Michael say ‘this is a serious issue & we need to think twice before we contribute any comments. First and foremost Yoruba people have a good culture of respect. The date had already be fixed but if any one of the union run into serious sickness, are you telling me they will not change d date? Let’s be sincere, the real prince of d soil must give honour to his father, when Baba is yet to enter into the grave, the son needs to give honour to him. It doesn’t mean the Kabiyesi will rise up again. From my own perspective that is how it’s supposed to be. Again, Elizabeth Funke Obisanya reacted to Michael’s opinion saying ‘dates can be moved and it’s not as if they don’t have money or even people will not credit them for a later date. The Iyawo is not pregnant so what was the rush for? He was tested and he failed’.

The conversation got even more interesting with Ogugua Osakwe reaction who said ‘The man is dead! Life must go on for the living. The man did not kill the father and every arrangement was concluded before he died and as such the wedding should proceed as if nothing happened! Afterall was it not Jesus who advised in Luke 9:60 “Allow the dead to bury their own dead, but for you go and proclaim the kingdom of God”. In the same parlance I urge them to go on because they have their lives to live! Ever active Elizabeth Funke Obisanya countered again saying ‘Yes Jesus also said give custom unto whom it is due. This was his father not just anyone. The boy did bad maybe his advisors set him up who knows? But he must also be a man and know what is right. This was disrespectful’

Reactions got more cultural as Oluwabusola Olutayo Oderinde opined that ‘Any tribe can support it, am sure original Yoruba tribe will not support it. Does giving a child a Yoruba name mean he or she is Yoruba by origin? Being born in a royal house doesn’t mean you are a prince or princess? It’s obvious the doesn’t value a Paramount king like ONI of Ife. We know his father cannot wake up again, so because of marriage he can’t give his father just 6 weeks, infact the wedding should be in low form if he wanted it to hold this year. Let all of us learn our culture and right and teach our children. RIP Sijuwade Okunola Oluse’. This reactions was however countered by Daramola Blessing who said ‘it means you don’t know the Yoruba culture well, if the day has been fixed before one of their parents die, nothing can change or stop the event, ‘won o kin ye nkan ire nitori oku awon obi’ and moreover, the man was full of years. The only thing that can stop it is the death of either couple, and that I reject for anyone’.

Pius Adebamowo aired his opinion saying ‘Nobody is saying he should not go ahead with the wedding, but first thing first, give respect to your father, he is not only your father but one of the respected king in Yoruba land’. Princess Nkiru Momah towed a different line however, saying ‘I wonder why some people are still naive. Please what matters in life is d living and not the dead. Oni has joined his ancestors and traditionally must be given a befitting burial but that can’t just stop d already arranged marriage of d Prince. It’s high time we learn to celebrate the living and not the dead because no protocol can bring him back to life but the just must live by faith’. However, the most active person in this conversation, Elizabeth Funke Obisanya countered again saying ‘what you don’t understand is that as a Christian or a pagan, respect is expected to be given, it is not even up to a week since he departed and you think it’s ok? Am sure you say so if this happened in your Igboland’.

Collins Adanihomwan in his reaction said ‘The young man did well. Their joy is more important than the death of his father. This is a real man with quality decision against all odds. The wife is a lucky woman’. 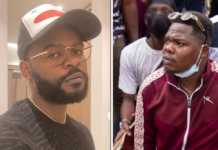