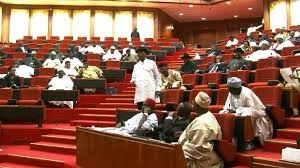 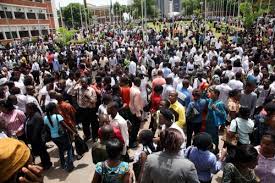 Majority of Senators elected into the 8th National Assembly earlier in the week rejected the proposed pay cut in line with the promise of Senate President, Bukola Saraki, who had earlier hinted that his leadership considers a downward review of the salaries received by the lawmakers. This move by the Senators has enraged Nigerians who feel Senators’ reaction has only proved they are after their own pocket and not the interest of Nigerians. INFORMATION NIGERIA has put together these reactions:

Chuma Obodoekwe It is now CLEAR that these highly exalted citizens of Nigeria called SENATORS do EVERYTHING in their power to get into the senate to serve their stomachs. Otherwise why on earth should their earnings be more than DOUBLE of their USA counterparts? Is Nigeria richer than The USA? If they still refuse to CUT THEIR COATS ACCORDING TO NIGERIAN SIZE, then they are not there in the interest of Nigeria and the Nigerian citizens. Patience Gold Ogbadu supported Chuma’s opinion saying ‘Why are they rejecting it? Some of them were Governors, Senators, high placed government officials. They slashed workers salaries at will. Why are they refusing there’s to be touched?’

Ogedengbe Segun expressed his sore disappointment in the Senate, saying ‘This vindicates the total loss of trust Nigerians had and still have in the supposedly honorable men and women in the national assembly who have continued to prove to our dismay that they are representing nobody but their pockets. In this period of dwindling economy in our country coupled with unabated levels of poverty, unemployment, underemployment, insecurity have become normal norms of everyday living. In all these the supposedly honorable people of the hallowed chambers have become insensitive to the plight and yawning of our people. It is such a pity, may God deliver us!!!’ Great Sola on the other hand decided to advice the president on their case; he said ‘Not surprised anyway, what should any right thinking person expect from this set of people? I suggest the president should cut down the allocation to the house. Nigerians are suffering because of this few rogues’ insensitivity’.

Ade Ayo advised Nigerians on the way forward, saying ‘Nigerians should learn to protest against any organization or group people that are not ready to contribute to our development. The youth should arise and take back their country from these evil people’.