Out of the over 180 million Nigerians in the country, 146 million of them are active subscribers and they spend about N212 billion on calls every month, LEADERSHIP investigations have revealed. 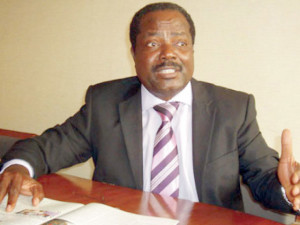 The findings were arrived at using the current active mobile subscriptions in the country and the subsisting Average Revenue Per User (ARPU), the financial performance benchmark in the telecoms industry that measures the average monthly revenue generated by operators from telecoms subscribers, for Nigeria.

Going by the latest statistics released by the telecoms regulatory body, the Nigerian Communications Commission (NCC), active telephone lines in the nation’s telecommunication industry stood at 146, 561. 744 by May 2015.

According to data released by industry leading operators, ARPU in Nigeria’s telecoms market is estimated at around $6 (N1, 452), given the foreign exchange rate at N242.

LEADERSHIP investigation revealed that with an ARPU of N1,452 and a subscriber base of 146 million, Nigeria’s telephone users now pay an estimated N212 billion monthly in accessing telecom service, especially calls making.

Speaking to journalists on the growth witnessed in the sector, the NCC revealed that the tele-density of the nation’s telecommunication industry increased to 104.69 per cent in May, from 103.91 per cent in April, showing an increase of 0.78 per cent.

Similarly, the commission revealed that no fewer than 88.13 million Nigerians currently browse the Internet on telecom networks in the country. The commission’s monthly Internet subscriber data for the month of May showed that there was an increase of 1,131,775 (one million, one hundred and thirty-one thousand, seven hundred and seventy-five) internet users on the GSM networks in May. There was no data for the CDMA networks.

It was learnt that as telecom networks are recording upsurge in their subscriber base. This also has positive implication on their bottom-line. For instance, GSM operators increased their active customers by 1,329,607 as against the 143,057,234 subscribers they recorded in April, with Globacom beating the other three major telecom companies, MTN, Airtel and Etisalat, in subscriber acquisition in the first five months of this year.

According to subscriber data information released by the regulatory body, Glo activated a total of 2,263,346 new lines on its network ahead of Airtel which came second with 1,983,195 new subscribers.

“Glo gained the highest number of internet users in April with over a million new internet users on its network. The industry regulator said that Globacom had 19,690,526 subscribers surfing the net with its network in April, up from 18,617,607 users in March. In essence, the operator gained a total of 1,072,919 additional internet users on its network during the period covered by the report. This increase translates to 67.58 per cent of total number of new internet subscriber figure of 1,587,514 for the telecom networks for the month of April,” the report said.

Reacting to this development, experts lauded the achievement but emphasised the need for improved quality of service by telecom operators.

Speaking exclusively to LEADERSHIP, the president, Association of Telecommunication Companies of Nigeria (ATCON), Mr Lanre Ajayi, urged the federal government and telecom operators to tackle the limitations that affect telephony in the nation.

“It is possible to get everybody a phone but unfortunately there are certain limitations why some people don’t have phones and those limitations should be addressed. It is not an impossible task; currently we’re talking about 100 per cent tele-density which means number of phones equal to number of people, but it is possible some countries already have 200 per cent tele-density, so it’s quite possible to give everybody a phone and connect the whole nation.”

In his reaction, the chief executive officer of Niconnex Ltd., Mr Peter Elofusim, said the emphasis should be on improving service delivery in rural areas.

Elofusim said: “In my own opinion the emphasis should be on increasing the data services and extending it beyond the urban centres to the hinterland, the rural areas, so that broadband services can be better and available for everyone.”