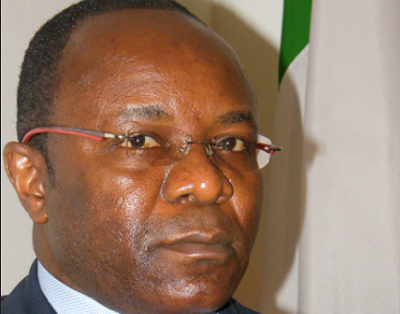 The Group Managing Director (GMD) of the Nigerian National Petroleum Corporation (NNPC), Dr. Emmanuel Ibe Kachikwu, on Thursday hinted that more sacking and deployment of personnel will take place in the Corporation.
Mr. Kachikwu, who dropped the hint while speaking with State House correspondents after meeting with President Muhammadu Buhari, said that three stages of restructuring will take place in the NNPC.
He also disclosed that the new look NNPC will start manifesting in the next six months.
He said: “I don’t want to over critique an institution I have taken over please. Having said that, things have been done wrongly and things need to be done differently.
“We are doing a lot of work in terms of repositioning, restructuring, getting the right personnel in key places and setting a culture of accountability and service delivery so that the new NNPC that you are going to see will be a different institution altogether”, he said.
On how far he was going with the restructuring, he said: “Complete. It’s A to zero restructuring. I have done the first three layers which is going to the GEDs to GGMs and General Managers.
“You are going to have a lot more now. The GEDs and GGMs will take it to the next layer which is the lower layer. And the whole idea is to go back to being able to look at your appraisals; how well have you done in the job and if you’ve done very well, how do we elevate you to a position where you can offer more service?
“If you’ve not done well enough, we can retrain you and if you’ve not done well enough and there is no possibility of retraining you, we will let you go.
“At the end of the day, NNPC isn’t public service. It’s a corporation and we run like a company generating money for the people of Nigeria. And so, that whole concept of anything goes should stop. And this is the first stage of that whole process.
“It’s a three-pronged process that I am pursuing. There’s a people aspect which we are dealing with now; there is a process aspect; after the people at the right places, you are going to get forensic audit done so that we know clearly, proper forensic audit that will cover us all the way to 2014, 2015, that will be able to say to you, this is the state of the company”, he added.
The new NNPC boss said under his watch, processes and control are going to be put in place.
He also said the NNPC is going to embark on retraining and repositioning.
He added: “We are going to re-engage our majors and minors, all those who are active in the sector, for us to work as a team to try to take Nigeria forward. It’s going to be the process stage”.