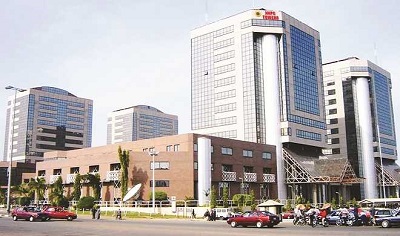 Nigeria’s oil workers on Friday faulted the on-going reform in the oil and gas industry, and vowed to take necessary steps to protect their members’ interest.

They, therefore, urged President Muhammadu Buhari to call the newly appointed Group Managing Director, GMD, of the Nigerian National Petroleum Corporation, NNPC, Emmanuel Ibe Kachikwu, to order by directing him to stop the on-going downsizing in the Corporation.

Vowing to give equal response to whatever actions of government they consider capable of suppressing worker’s interests, the unions suggested that a team should be set up immediately to review the actions of the NNPC helmsman so far in the interest of justice, equity and fairness.

Within two weeks of the commencement of the reform, Mr. Kachikwu has carried out massive restructuring of the management of the corporation.

Apart from the sack and re-composition of the board, Mr. Kachikwu has retired 38 top management staff, reduced the top hierarchy of the corporation from 122 to 83 and the operational directorates from eight to four.

New Group Executive Directors, GEDs, have since been appointed for the new directorates, along with Group General Managers, GGMs, for the various divisions, a move he said was to rid the corporation of corruption and make it more efficient and profitable.

Mr. Kachikwu also hinted that the last had not been heard of the ongoing restructuring as more heads might still roll as the reform progresses.

However, the oil workers in a joint statement by the President of PENGASSAN, Francis Johnson, and his counterpart in NUPENG, Igwe Achese, accused the NNPC management of executing an agenda that did not carry them along.

The statement, which was also signed by their General Secretaries – Bayo Olowoshile and Joseph Ogbebor respectively – also accused Mr. Kachikwu of pursuing an agenda contrary to the idea canvassed by President Muhammadu Buhari.

“While we are fully in support of the fight against corruption, the fight itself should not be turned against workers whom government swore to protect”, the oil workers said.

“The ongoing exercise portends a great danger in the oil sector if workers are meant to bear the brunt of government’s current action where the fight against corruption is now being used as an act of vindictiveness against workers”.

The on-going exercise, the oil workers said, did not show any attempt to fight corruption and block leakages, but was “an act of cover up”.

“We dare the new GMD of NNPC, Dr. Ibe Kachikwu to recover the stolen trillions of Naira in the sector than retiring and sacking of innocent workers. We are quite sure that the on-going action is not the idea of our dear President Muhammadu Buhari, GCFR”.

As players in all spheres of the industry’s operation, the unions said all attempts to have audience with President Buhari to review the on-going reforms in the NNPC met a brick wall.

Despite being the representatives of organized workers in the industry, the union leaders claimed all their suggestions on the critical challenges affecting the on-going reforms were being not being considered by the authorities.

They listed the issues to include the review of industry policy and fiscal framework; cash call and counterpart funding obligations; stability of the downstream oil and gas sector; pipeline sabotage and oil theft.

On the NNPC restructuring, the oil workers said the mass sack in the corporation was sending very wrong signals to their members throughout the oil and gas sector, particularly about their job security.

Reminding government of its promise to create jobs through the entire strata of the economy, they noted that the situation in the NNPC was likely to have the opposite effect.

“We believe people are not the problem, but the structure put in place. If there are strong structures and institutions, the organization will be a more effective place,” the unions stated.

“So instead of a blanket sacking of workers, which other organizations are likely to key into, government reforms should be geared towards putting in place effective and strong structures and institutions that will meet the numerous challenges currently bedeviling the oil and gas sector in particular and the nation in general”.