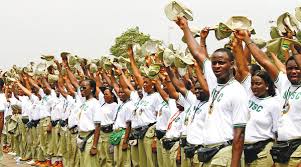 The National Youth Service Corps (NYSC), Friday, said it had secured over N200 million bank facility for disbursement to corps members as loans to enbale them start their own businesses.

Brig.-Gen. Johnson Olawumi, the Director-General of the corps, said this when the Commander, Guards Brigade, Nigerian Army, Brig.-Gen. Musa Yusuf, paid a familiarisation visit to the NYSC Headquarters in Abuja.

“That has been a challenge; we train these corps members in the camp after the camp we have partners all over the country where corps members also receive training throughout the service year.

“Now, the issue is that when they get this training they don’t have start-up capital but we have been doing a lot to see there is opportunity for them to get startup capital. We have the NYSC foundation as we speak, the NYSC foundation has just approved loan worth N10 million for corps members.

“Corps members based on the business plan they submit could get as much as N250, 000 and N400, 000. We have also signed an MoU with Bank of Industry though it is yet to take off but we are working on it.

“A couple of months ago, I also approached Heritage Bank and Heritage Bank is setting aside the sum of N200 million under a package where corps members will get a soft loan and the only collateral they will have to drop will be their discharge certificate.

“We are also talking with Central Bank Governor to see that a micro credit loan could be arranged specially to address corps members in this category.”

He debunked allegations that the corps was yet to provide skill acquisition and entrepreneurship development to corps members, adding that the exercise had been ongoing since 2012.

According to Olawumi, the NYSC had so far trained over 400,000 corps members since the commencement of its skills acquisition programme in over 12 different skills.

He said that the NYSC, under the sponsorship of the World Bank, was currently partnering with an international organisation to train corps members interested in going into the building and property development sector.

Olawumi also called on the Guards Brigade to continue to assist the NYSC in ensuring the safety of corps members serving in the Federal Capital Territory as well as those serving in other states.

Speaking earlier, Brig.-Gen. Yusuf assured the NYSC that the brigade had made adequate security arrangements to ensure the safety of corps members serving in FCT. Yusuf said that part of the security arrangements put in place included regular patrolling of the FCT, adding the safety of corps members was one of the priorities of the Guards Brigade.

“I am here on behalf of the Guards Brigade, officers and their families to commend you on the collaboration and support we have received from the NYSC so far.

“I want to promise that this collaboration, support and understanding will be maintained. “ If there is anything we need to improve on in terms of our relationship or training to new corps members or any other area the Guards Brigade is here to support and assist,” Yusuf said.