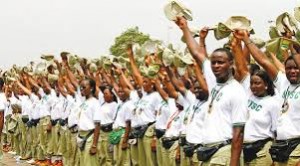 Earlier in the week the Director-General of NYSC, Brig.-Gen. Johnson Olawumi made it known that plans are in place to make the NYSC scheme voluntary for graduates and not mandatory as it used to be. INFORMATION NIGERIA has gathered the reaction of Nigerians using its platform. Here are the reactions gathered:

Mbakwe Uchenna expressed that he doesn’t support this move. He said ‘I don’t buy the idea. If they make it optional, many won’t be going for it. Instead, they should upgrade and reform it to be more attractive e.g. making one to serve in his or her own state instead posting people to other tribal areas. This is to stop the killing of innocent people due to Sharia laws or Boko Haram menace. Also I think the scheme is important because the monthly allowance being paid to corpers sustain them for some while after graduation and also helps them to make some savings for any business they wish to undertake after their service years incase of unemployment. So I don’t think the aim has totally been defeated. Let the DG of NYSC rather make it more attractive by increasing their allowance. Then let corps members be posted to their choice places.

Uche Charles on the other hand supported the proposed plan, saying ‘Voluntary’s cool. But replan the entire programme. Moreover, there ought to be a voluntary alternate program for national military service under NYSC programme as done in many countries.’
Jimoh Anoghena Osumah in his own opinion said ‘Instead of making the NYSC voluntary, it is better scrapped’.

Taking an angle from the major purpose NYSC is supposed to foster, Olutoba Ajiboye said ‘It should be made voluntary cause the so called unity it is supposed to foster is an illusion. In its place let us abolish indigineship and replace it with state of residence. This will achieve the desired unity and usher in the spirit of brotherhood & good neighbourliness.

Reuben Eboh used his personal testimony to make his point as to why NYSC should not be made voluntary, he said ‘Boko Haram is just for a short time and the end is getting nearer by the day. If not NYSC I wouldn’t have gone to Ebonyi State and visited places like Enugu and Abia States. NYSC changed my outlook or the way I see the Igbos. I support NYSC to continue and should be mandatory for fresh graduates who are not pregnant and not nursing babies’.

In conclusion o this eye opening chat, Emmanuel Dabo-Oju Alalibo opined that ‘Let it be optional considering the increasing population. If that is not tenable, they should all be sent to our secondary schools to showcase themselves. Finally we should be looking at the admission process and to my own view; all future prospective students should have an advanced level certification. This will serve as a little relief and a choke back to cushion the cost of keeping the program running’.