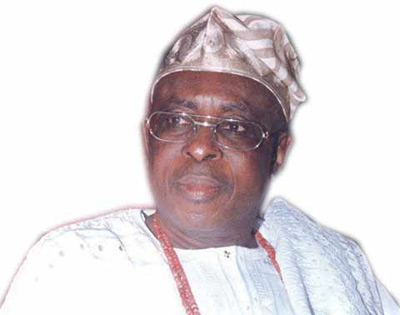 A former Governor of Ogun State and chieftain of the Social Democratic Party, SDP, Chief Olusegun Osoba, has disagreed with former President Olusegun Obasanjo over his criticism of other people.
Osoba, who was speaking in an interview with journalists in Lagos on Saturday, said the former president is in the habit of putting down other people, even those close to him.
He said this while reacting to Obasanjo’s claim that late Premier of the old Western region, Chief Obafemi Awolowo, was never the leader of the Yoruba but was only elected leader by his supporters.
He said, “I would not like to judge Chief Obasanjo because as I am trying to put the facts straight, I don’t want to join him in condemnation of individuals. I respect him for his own strong points and weaknesses. But one thing I disagree with him is his condemnation of virtually everybody and even those around him.
“Wole Soyinka is not good, Ngozi Okonjo-Iweala is not good, Atiku Abubakar is not good, Reuben Aabati is useless, Doyin Okupe is not to be associated with. Who then is good?”
The former governor lamented that even the dead were not spared of unfair criticism by Obasanjo, particularly, Chief MKO Abiola, who gave his life for democracy.
He said this was unfortunate because without Abiola, the Owu chief would never have emerged President.
He said, “Whether he likes it or not, MKO Abiola will forever be the symbol and hero of modern day democracy in Nigeria. When Abiola couldn’t negotiate his freedom by signing away his mandate to General Sani Abacha, he laid down his life and I expect Chief Obasanjo to understand the fact that he became a beneficiary and should see Abiola as a hero.
“Nobody can claim to be the only hero in any society. Society is a team. Within our Egba community, the Ransome-Kutis are heroes. Their mother was an activist, Fela was an acitivist, Beko Ransome-Kuti was an activist. Prof. Olikoye Ransome-Kuti took his father’s nature. He was a gentleman but was also an activist with his philosophy of primary healthcare.
“Wole Soyinka is a hero, Ebenezer Obey is a hero; he recorded over 50 records and delivered philosophical lyrics. Akintola Williams, an Egba man, is the first accountant and is still worshipped today. Society is the totality of a team. A tree can never make a forest and that is where I disagree with Chief Obasanjo. To reduce Soyinka to a wine connoisseur hurts me”.
Osoba, who described Obasanjo’s three volume autobiography ‘My Watch’, as a distortion of history, said Awolowo was unanimously elected as the leader of the Yoruba in 1966 shortly before the civil war.
According to the veteran journalist, Obasanjo was privy to the meeting where Awolowo was elected but only wanted to denigrate the late sage for reasons best known to him.