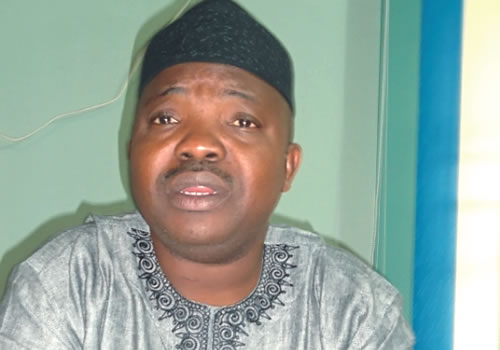 Political activist and National Publicity Secretary of the Yoruba socio-political organization, Afenifere, Mr. Yinka Odumakin, has submitted a petition to the Economic and Financial Crimes Commission, detailing allegations of financial recklessness and corruption against Governor Rauf Aregbesola of Osun State.

Odumakin, who is an indigene of the state, submitted the petition on behalf of a group, Osun Stakeholders, on Monday.

In the petition titled, “Petition against Governor Rauf Aregbesola for financial recklessness, corruption, money laundering and fraudulent application of Osun State’s resources”, the rights activist alleged that Aregbesola had plunged the state into abject poverty.

While calling for a forensic audit of the Osun State government accounts, the stakeholders noted that the petition was part of the resolution reached at its summit on Osun State held on July 23, 2015.

He said, “In addition, the state is littered with abandoned projects even though loans were secured by this administration to execute them. Today, our dear state has become the embodiment of lack, poverty, purposelessness, wickedness and insensitivity of political leaders of the highest order in the country.”

According to the petition, Osun has become the poorest state in Nigeria, pointing out that families could no longer survive and the people of the state now look up to the EFCC to ensure that the state’s funds were recovered.

It said Osun State had become an object of scorn and a symbol of poverty in the nation because of Aregbesola’s recklessness.

In a counter-response, the Director of Research, Strategy and Publicity of the All Progressives Congress in Osun State, Mr. Kunle Oyatomi, described the allegations as baseless and laughable.

“All these monies were received as federal allocation, from budget augmentation, from the Excess Crude Account and other sources of income. Within these periods, we spent about N196bn on salaries, pensions and other expenditure. So, how have we mismanaged the state?”

The Osun APC spokesman said anyone that was accusing the state government must be ready to provide evidence just as he expressed confidence that those who were sponsored to write the petition would be defeated the same way they were “defeated at the governorship poll on August 9 and at the tribunal and the Appeal Court”.