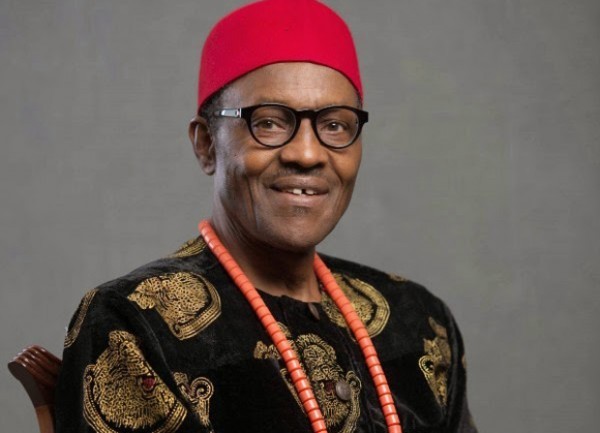 President of the of the OYC, Mazi Okechukwu Isiguzoro, in a statement he jointly signed with the group’s Public Relations Officer, Hon. Obinna Adibe, said the appointments were totally unacceptable to Ndigbo. He argued that they violated the principle of federal character as enshrined in the Nigerian constitution.

President Buhari had yesterday announced the appointment of Engr. Babachir David Lawal from Adamawa State as the Secretary to the Government of the Federation, as well as Alhaji Abba Kyari for the position of Chief of Staff to the President. He also appointed Col. Hameed Ibrahim Ali (rtd.)- Comptroller-General, Nigerian Customs Service, Mr. Kure Martin Abeshi – Comptroller-General, Nigerian Immigration Service; Senator Ita S.J. Enang – SSA to the President on National Assembly Matters (Senate) and Hon. Suleiman A. Kawu -SSA to the President on National Assembly Matters (House of Representatives).

According to the Ohaneze Youth Council, the President had demonstrated his deep hatred for Ndigbo despite his promise of fairness.

“We stand to condemn this glaring hatred for Ndigbo by the administration of President Muhammadu Buhari. We recall that apart from several other appointments, Buhari’s government has also appointed Service Chiefs and in a similar manner, he sidelined the South-East zone.

“As if that was not enough, the long-awaited position of the Secretary to the Government of the Federation, SGF, has come at last and this government deemed nobody from the South-East qualified enough to occupy that position, which was earlier zoned to Ndigbo.

“We are indeed shocked by this turn of events, which are totally at variance with Mr. President’s earlier stand that he was for nobody but that he was for everybody. We are at a loss where this statement fits in, considering all the actions he has taken so far, which are all against the interest of Ndigbo.

“The Ohaneze Youth Council is saying it loud and clear that these appointments are unacceptable to us and we urge Mr. President to reverse them, otherwise it would appear that there is a grand-design to annihilate the Igbos out of the political and economic system in this country,” the statement read.

The statement further pointed out that the suspension of work on the second Niger Bridge was another thing that should raise the curiousity of Ndigbo, adding that “all these are pointers to the fact that we are becoming endangered species in Nigeria.”

“The Second Niger Bridge is a project that touches on the economic life of the entire South-East and we find it curious that the Federal Government is not ready to attach any priority to it.

“We use this medium to urge Mr. President to right these wrongs and move the country forward as one. Tribalism has never paid Nigeria and this period will not make any difference,” OYC said.

Share
Facebook
Twitter
WhatsApp
Previous article16 Things You Do Every Single Day That TORTURE Your Skin
Next articleFayose Appoints 72-Year-Old Carpenter As LG Chairman
- Advertisement -Ad ==> Discover how a young Nigerian graduate now makes a consistent 40k per week doing a legitimate online business. You too can start yours now, click here!!!