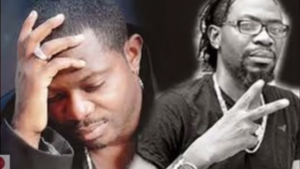 Veteran music producer and singer, Babatunde Okungbowa, aka OJB Jezreel, who had a kidney transplant 2 years ago, has opened up about life after surgery and how he is still battling to stay healthy.

Rumors were circulating weeks ago that OJB had suffered a kidney relapse and the reports started to stir emotions within the entertainment industry, as always.

However. OJB was quick to dismissed the rumors.

“Normally there are challenges that come with the post-transplant or recovery period. Some of them have to do with issues related to hygiene. Also, the drugs I use – which are meant to fortify the immune system so that my body can accept the kidney – make me vulnerable to all kinds of infection and diseases.

So from time to time, I always go for medical checks. Sometimes I may undergo treatment at the hospital for a longer time than usual. During one of such periods, some people must have concluded that I had entered another relapse and they felt it was time for me to undergo another transplant.

I think that was what led to the rumour. Let me use this occasion to assure them that I am not in that stage at all. What I am facing right now are the normal challenges that come with the transplant.”

He also spoke about the challenges of following the diet regimen as stipulated by his doctors:

“The problem with the dieting, I must confess, is that it is not an easy thing to maintain. If one should go by their (doctors) standard, everything I eat should be fresh. If you look at it critically, it also means, for example, that when I want to eat meat, it should be fresh meat. Let’s be very frank, I am sure that even Dangote himself cannot pull this off. Not in Nigeria at present.”

As it is, OJB’s health struggles are a case of the ‘phoenix from the ashes’. He spoke about the side effects of some of his medication:

“Some of the drugs are steroids and they are full of sugar. Now I have to undergo treatment for diabetes at the same time as I am treating other ailments. But the major problem is not really the physical pain I suffer; it is the emotional trauma that results from the illness.”

And for the endless bills:

“Right from the day I had the transplant, I have been spending close to N350,000 every month on my drugs, treatment in the hospital, dieting and every other thing,”

He spoke about other challenges, including not being able to mix with people, even his children, for fear of a kidney relapse:

“The truth is that it is not every kidney transplant that ends smoothly. It is not easy to have a transplant and then go back to normal life. When I returned from India, some people were aware that I had to wear a mask whenever I was going outside my home. But how long am I going to keep doing that?”

In spite of these challenges and the implied strain on his health, the artiste has returned to what he loves doing best: entertainment. Also, he has appeared in a new film titled Anjola, produced by Sophie Ejiga.

But, aware that this has not gone down well with some of his fans who feel that he should be recuperating instead of going back to work, he explains, “If you have to cough out over N350,000 every month to pay medical bills, you cannot afford to rest. I am definitely back to work, but I do more of entertainment consultancy than music production nowadays. This is what I do for now.”

To assist patients diagnosed with kidney failure, as well as to educate other Nigerians on the seriousness of the ailment, OJB has founded a Kidney Trust Fund. But it will be administered, he says, by government for the purpose of transparency.

Explaining why he wants government to take charge of the Fund, he says, “A lot of donors have complained of the trust deficit in Nigeria. Our main target is to open dialyses centres in different parts of the country.”

Still, OJB believes that if he continues to take his drugs, go for regular medical checks and maintain a healthy hygiene, his condition will improve in a short time.