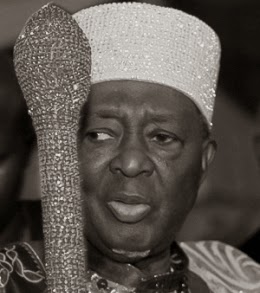 The families of the Ooni of Ife, Oba Okunade Sijuwade, and the former National Emergency Management Authority (NEMA) boss, Mrs Remi Olowu, will, today, join their son and daughter in holy matrimony in Lagos despite the rumoured death of the paramount ruler.

Vanguard reports that the two families resolved to proceed with the wedding programme after due consultations with friends and relations.

The Ooni of Ife had been reported dead last Friday only for the town’s traditional council to announce later that the monarch was alive and well. Until now, no one is certain whether the traditional ruler, counted first among the Yoruba kings, is still alive or dead as people in the know are not giving much away.