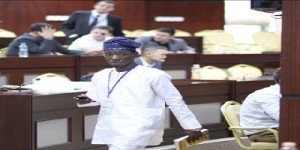 There has been increased call for climate action as disasters hit Myanmar and the Middle East recently. The President of the United States of America, President Barack Obama has joined the world’s leading health experts to support their claim that Climate Change may pose the biggest health risk of the 21st Century.

Extreme climate conditions such as high wind, heavy rainfall, heat and cold can result in wide-ranging scenarios such as tropical storms, floods, landslides, droughts and sea-level rise. Climatic catastrophes induce populations to be displaced (or decimated by death), which in turn can lead to conflict and civil unrest. As well, the public health infrastructure would be eroded if resources are diverted from its maintenance to disaster recovery. Communities and government would be burdened with having to make reparations to individuals for property damage and loss, unemployment, clean-up, and reduced socioeconomic viability of the communities affected.

As Obama announced that the USA is now taking “unprecedented action” to combat climate change, he also noted that “no challenge poses a greater threat to our future and future generations than a change in climate”. However, his plan is not just about preventing the longer term impacts of climate change. According to health experts across America, his plan to reduce pollution from coal-fired plants will actively prevent 3,600 premature deaths, lead to 90,000 fewer asthma attacks in children, and prevent 300,000 missed work and school days. Actions such as this however will not be able to reach as far as Myanmar, which recently reported the worst flooding across the country in decades.According to an update from the U.N. Office for the Coordination of Humanitarian Affairs, between 67,000 and 110,000 have been were “severely affected” by floods that look to set the country back years.

However, other parts of Central Asia are currently in the midst of one of the hottest heat-waves ever recorded. In the wake of temperatures above 46 degrees Celsius last week, Iraq had to declare a 4 day national holiday. Meanwhile, temperatures in neighbouring Iran reached a relative temperature of 74 Celsius today. This comes in the wake of recentheatwaves which have killed upwards of 2000 people in India and Pakistan earlier this year.

In the wake of events such as these, Catherine Thomassan, Executive Director of Physicians for Social Responsibility has called Climate Change “the greatest threat to public health in the 21st Century”. This reiterates a growing awareness from the international medical establishment as to the dire impacts that Climate Change is already having. In fact, it is the central theme of a recent series of publications commissioned by the leading medical research journal, the Lancet. According to Nick Watts, the head of the commission, “Climate change has the potential to undermine the last 50 years of advancements in public health.” Nick calls “the great localiser of the impacts of Climate Change,” because the impacts that will be faced “aren’t just in low income countries, they are in middle and high income countries as well”.  And these impacts are “especially alarming”.

The impact of climate change on Nigeria is also a great concern and different studies have been commissioned around it. According to the Nigerian Environmental Study/Action Team (NEST), Human settlements in Nigeria will be affected by climate change in a variety of ways. Urban and rural population concentrations will be disrupted, particularly along the coastline due to sea-level rise and related phenomena. Some settlements are known to have already relocated farther inland from their original sites in response to sea incursion over some decades. Population displacement and migration from, and to, various human settlements will arise from either or both of drought incidence in the Northern states of the country and accelerated sea level rise in the coastal regions. Rises in sea-level will also threaten urban and rural infrastructure facilities in low lying coastal regions.

In a research work published by Mobile Health Without Borders, evidences were established that due to climate change, developing countries (such as Nigeria) will have to cope with droughts and/or the growing risk of flooding. In 2012, Nigeria experienced one of the worst flood disasters in its history. Nigeria being one of the countries with long coastal regions and many rivers, which previously benefitted from water provided by rivers, seas and oceans, was devastated by the flooding of 2012[3. Without doubt, the flooding was linked to global change. Consequences of the flooding were worsened by poor urban planning, indiscriminate disposal of refuse and public defecation (due to unavailability of toilets for a significant proportion of the population). Expectedly, the flood displaced many communities, human wastes (that served as sources of infectious diseases) and led to the death of hundreds of individuals. Therefore, flooding could account for decrease in water quality and reduced access to water because flood water isnot fit for human consumption. Consequently during flooding, communities still need access to clean water. According to a (UNDP) 2005 evaluation of Nigeria, alongside other 23 countries in the Sub-Saharan Africa projected that meeting of the Millennium Development Goals (MDG), particularly with respect to child and maternal health, will elude the country because of climate change and other multiple stresses.

With growing concerns of climate change, it has become necessary that world leaders commit to a fair deal. Nations are working toward a new global climate change agreement later this year in Paris.  These negotiations offer governments a critical opportunity to craft a broad, balanced and durable agreement strengthening the international climate effort. There is no more time to waste in our efforts to protect our generation, and those to come after us. In fact, we owe it to future generations to take concrete and decisive actions.

Oladipupo is a member of Leak Times Editorial Board and a Nigerian Sustainable Development Expert currently based in Toronto, Canada.