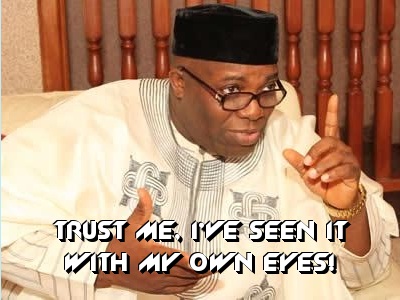 The other day our man Dr. Doyin Okupe, the Senior Special Assistant on Public Affairs to former President GEJ and a hardline critic of PMB and his APC in the period leading to the just concluded general elections was in the news. Whether in a bid to prove detractors who think he has a failed medical career wrong, or out of sheer love for the People’s Democratic Party (PDP), our man took to his Facebook page to prescribe what seems like a prognosis to the diseased body of the PDP yet to come to terms with its woeful performance at the last elections which has culminated into their dwindling relevance and risking political obliteration.

The former spokesman for President Olusegun Obasanjo and a onetime governorship aspirant in Ogun State, after expressing delight in the formation of a body headed by Chief Raymond Dokpesi in a bid to increase the party’s membership base said “…The time has come for the PDP if it must remain politically relevant to embark on a total overhaul and reform itself. It must engage Nigerians in a new coalition for the sole purpose of putting our dear