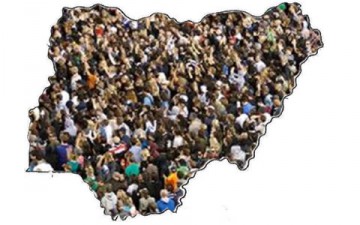 Every American knows there is an American Dream. Party affiliations are made along this dream. At every given opportunity, the American presidents remind the people of the American Dream. The dream is people oriented and people centered. This, over the years, have fired every American to hope for the best and be assured that the government is there to cater for their best interest.

It is a common dream rooted in the Declaration of American Independence which proclaim that “All Men are Born Equal” with the right to “Life, Liberty and the Pursuit of Happiness”. It is a National ethos of the Star and Stripe States. A set of ideals which freedom includes the opportunity for prosperity and success and an upward social mobility for the Family and Children, achieved through hard work in a society with few barriers.

In the definition of the term by James Truslow Adams in his book, “The Epic of America” in 1931: Life should be better and richer and fuller for everyone with opportunity for each according to ability or achievements regardless of social class or circumstance of birth.

The authors of the US Declaration of Independence held certain truths to be Self-Evident: That all men are created equal, that they are endowed by their creator with certain inalienable Rights; that among these are Liberty, Life and the Pursuit of Happiness.

It is very evident that America has consistently glided towards this dream. It has become the headlamp of the National Convoy that directs its movement. Every political party and camp identified with this dreams. In other words, it has become the soul of the state and the barometer for measuring National conscience. That is the American Dream.

The last presidential election in the US brought to the fore this dream. The re-elected Barrack Obama spoke glamorously of this dream. He said: “if there is anyone out there who still doubts that America is a place where all things are possible, who still thinks/wonders if the dream of our Founders is alive in our time, who still questions the power of our democracy, tonight is your answer…….let us resist the temptation to fall back on the same partisanship, pettiness and immaturity that have poisoned our politics for so long. Let us remember that it was a man from this state who first carried the banner of the Republican Party to the white House, a party founded on the values of self-reliance, individual liberty and National unity. Those are values we all share, and while the Democratic Party has won a great victory, we do so with a measure of humanity and determination to heal the divides that have held back our progress”.

This American Dream caused men who believe in the American project to form political parties based on shared values of self-reliance, individual liberty and National unity. This above other variables is what makes America the bastion of democracy and a model-state for many nations.

This dream have become ingrained into the American system. It has become secreted in the interstices of the state as Law with Morality. It has become an extension of the Americans. It has been crested in their National psyche. That is, they sleep with it and wake up with it fresh in their minds. In the elementary schools, it is sunk into the consciousness of the younger generation so that when they grow to become leaders, they’d never depart from its gospel. Those were the dreams of Abraham Lincoln and his comrades nearly three centuries ago. To this day, they still make sense for the Americans.

And so last week, in an interactive session with a colleague over the Nigerian ‘anaemia’, we somehow prevaricated and found ourselves trying to answer the question of what constitutes the Nigerian Dream. Whether a thing as such exists in our system. And if yes, what is its thrust?

All through my spell with Social Studies and Government in primary and Secondary school respectively, I never came across a thing as the Nigerian Dream neither did the curriculum then cover it. Even to this day, I doubt if such has been inculcated/introduced into the syllabus of younger students. Perhaps, it is because this is a nation without a dream.

In today’s column we would try to see if there ever was a Nigerian Dream and what happened to it, that it has gone lifeless and listless. If at all, the Nigerian Dream exists, then it must be existing virtually since the phenonom have not gained entry into our socio-political lexicography. Nigerians are more familiar with the American Dream than they do with the Nigerian Dream. This cannot be accidental and the only explanation for this irony is the non-existence of such dream in our national voyage.

Last year, in a speech at the presentation of a book, “Out of Africa: Fashola, Reinventing Servant Leadership” by Dr. John M. O. Ekundayo, former governor of Lagos state, Babatunde Raji Fashola said that the Nigerian Dream has been seemingly elusive because Nigerians have not taken time to define and confront it as a National phenomenon. In his words,

“The Nigerian Dream is not elusive. It is because we have not confronted and felt about what it has become for us. We haven’t defined it. The American Dream is more attractive to us. But the Nigerian Dream happens here every day. It is the Nigerian Dream that makes me stand here”. He further said that the Nigerian Dream manifests across the nation every day in people of modest and humble beginnings rising to become leaders in their own rights, adding that the opportunities Nigeria offers to her people was sufficient for all discerning, honest and hardworking citizens to become whatever they want to become.

The twisted logic in the above argument for a Nigerian Dream by the erstwhile governor betrays him and only makes more glaring the elusiveness of such dream in our affairs. His argument is not only convoluted, it is also preposterous and at best, an exercise in logic.

Any conscientious student of history will readily agree that our founding fathers bequeathed us no dream at independence in 1960. If there was ever a time this nation had a dream, it was in the pre-independence Nigeria where our “Nationalists” fought with a common goal and agenda: Self-Rule and nothing less. That dream paid off on October 1st 1960 and we entered Independent Nigeria dreamless without any ideals of State that must be nearly deified. If the first generation of Nigerian leaders had any National Dream, we hold that it was more or less cosmetic as their actions towards its actualization showed.

Some would want to posit that the Nigerian Dream is encapsulated in “Unity in Diversity”. But this presents a very simplistic argument not worthy of any introspection as the dreamers never left behind a structure or platform where it can be achieved. Such a dream, is at best artificial, at worst, non-existent. The often touted “Unity in Diversity”, which we chorus when it pleases us, good as it may appear, has never worked at any time in our chequered history to make it worthy of a Dream as Nigeria continue to be even more divided along the fault lines of Ethnicity and Religion. In so far as an Odenigbo cannot vie for elective position in let’s say, far away Borno state and a certain Adeleke cannot enjoy social benefits like Scholarship in a state which is not that of his origin, or a Professor Muhammad applying for the position of Vice-Chancellor in a Federal University in Awka, then such a dream must be a mockery of itself. It is nothing more, but a stillborn which died on arrival.

If we can attempt a juxtaposition of the American Dream with its central theme of Liberty, Freedom and Welfare of the average American Citizen with ours, which borders on a bogus Unity in Diversity then the picture we try to paint, gets clearer. How? America everyday continue to strive towards the goal of maximum freedom and Liberty for not just her citizens, but also for immigrants as well through legislations that guarantee them and the welfare of Americans sits on top of the agenda of every government there. But this cannot be said of us. While we consistently claim to be united amidst diversity, events every other day, point to the contrary. If “Unity in Diversity” was the dream of Sarduana, Azikiwe, Awolowo and Co; then this is definitely not the way to live up to a dream.

In history, we read that a certain Obafemi Awolowo “stole’ the leadership of the Western Nigeria from Dr. Nnamdi Azikiwe in broad day light on the floor of the Western House of Assembly and sent the great Zik back to the Niger “Whence he comes”. Late literary maverick, Chinua Achebe reacting to this development had this to say in his lean book─The Trouble with Nigeria, “someday, when we shall have outgrown tribal politics or when our children shall have done so, sober historians of the Nigerian Nation’ll see that event as the abortion of the Nigerian Dream…….No matter how one tries to explain away the subject, it was the death of the Dream-Nigeria in which a citizen could live and work in a place of his choice, anywhere and pursue any legislative goal open to his fellows. A Nigeria in which an Easterner might aspire to be premier in the West and a Northerner become Mayor of Enugu. That dream Nigeria suffered a death blow at the hands of Awolowo”.True to the man’s word that dream is dead and only rejuvenated when Nigeria square up against another nation in a sporting event, but mostly football matches.

In the lifetime of some Nigerians still alive today and enjoy a public career, Nigeria was called a “Mere geographical expression” not only by the British who had interest in keeping it, but also by our “Nationalists” when it suited them to retreat into tribe to check their more successful rivals from other parts of the country. A Nation consciously referred to a mere geographical expression by its founders cannot have a dream, at least a realistic one. Because such a state is soulless. It is without conscience. It lives by chance, not assured of tomorrow and thus, have no need for dreams. Such was the Nigeria we inherited. A Nigeria without a roadmap. Without a guiding principle. It is not surprising how she has fared.

A nation without a realistic Dream cannot just happen. It must re-define, re-invent and transfigure itself in order to re-discover itself. So it can be born anew. When it must have done so in all ernesty, then it would have instilled within itself the discipline to pursue those goals, those National ideals however monstrous which it earmarked for itself and which it surrenders itself to be guided by.

Assuming Nigeria will embrace this ritual, only then will she be a Nation with a dream. For now, we are nothing but a nation going back and forth not knowing where this rain started beating it. We are a people with no compass to make the burden of recovering our bearings light. We are a Nation without a dream.

We must seek this Dream and make it a lasting legacy of our Nationhood.

The writer is a Lawyer and a Public Affairs Commentator. Reach him via: raymondnkannebe@gmail.com, 08068271477. Let’s engage on twitter @RayNkah