Home National News Odd News Photo: Saudi Preacher Who Beat His 5-Year-Old Daughter To Death For Doubting...
Facebook
Twitter
WhatsApp
A court in Saudi Arabia has dropped the charges of manslaughter and sexual assault against the father of Luma, the 5-year-old daughter he had beaten to death in 2011. His sentence was reduced to only the charge of ‘excessive disciplining that resulted in death’. According to Saudi Daily Al Sharq, the decision was taken after no trace of semen was found on her body. 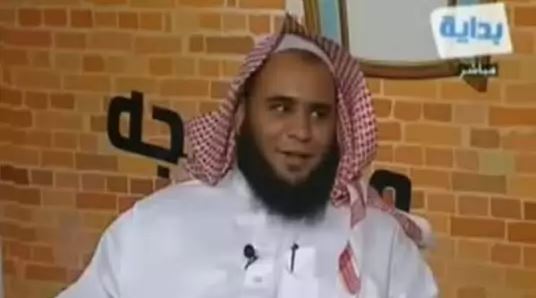 Luma’s case became widely known in 2012 when details emerged of how she was tortured by her father during a visit to him and his new wife. Reports said that the father used wires and an iron rod to punish his daughter after he had expressed doubts about her virginity. Luma died after four months in coma and was not buried for another four months pending the investigation and the autopsy procedures.
In 2013, a court in Hawtat Bani Tamim, 160 kilometres south of the capital Riyadh, sentenced Al Gamdi to eight years in prison and 800 lashes and his second wife to 10 months in prison and 150 lashes for not reporting the torture inflicted on Luma. However, following an appeal, Al Gamdi’s sentence was reduced to four years and then, after a new challenge, to three years.Luma’s divorced mother, an Egyptian national, said that her daughter lived with her under a court order and was allowed to visit her father even though he reportedly did not seem to care about her. She added that she had agreed to marry her ex-husband as he appeared to be a gentle and reformed man after spending years of his life as a drug addict. However, following the marriage, he turned into a violent man who often beat her, forcing her to file for divorce.
A court in the Eastern Province city of Dammam ruled in her favour and she was told by the judge that she could have the custody of the daughter until the girl reached the age of seven. The mother said that, following the divorce, her former husband had met their daughter only on four occasions.
“The last visit was when I took her to see him in Riyadh where he had moved after he lapsed into a long silence even though Luma was keen on seeing him.” Luma’s mother told Saudi media. “The agreement was that she spends only two weeks with him, but after 14 days he refused to let her come back home to me. The last words I heard from her were ‘I love you, mum and I always pray for you.’ Her father often said that he would make her forget all about me”
In December 2011, Luma’s mother was informed by the police in Riyadh that her daughter was in hospital where she was being treated for severe burns and bruises, and that her condition was critical.
“It was such a terrible shock to see her frail body in this tragic state. She remained paralyzed for several months before she passed away,” she said.
The mother initially insisted on the death penalty for her former husband and his wife for “torturing” her daughter, but she later changed her mind, saying that she would rather take blood money to help her with the increasingly frustrating financial challenges.
“I have three other children from a previous marriage and a house to look after and I will need the money. There is no interest for the family in the execution of my former husband.”
Amid the public outrage about the case and claims that Al Gamdi would not be given the punishment he deserved because of his religious status, the Islamic Affairs Ministry said he was not on its official list of Islamic preachers.
Al Gambi’s lawyer, Mansour Al Khunaizan told Saudi daily Al Sharq,
“The Court of Appeals has decided to release my client on bail and to refer the private laws case to a lower court to review it,” he said.
The lawyer however warned he would take action against all the media that had tarnished the reputation of his client and the status of the judicial system in Saudi Arabia by misreporting the facts about the case.
Source: Gulf News