A man identified as Olayinka Micheal Olatunji has been arrested by Ibadan police operatives for impersonating as Assistant Superintendent of Police (ASP) attached to Agodi Area Command, Ibadan. 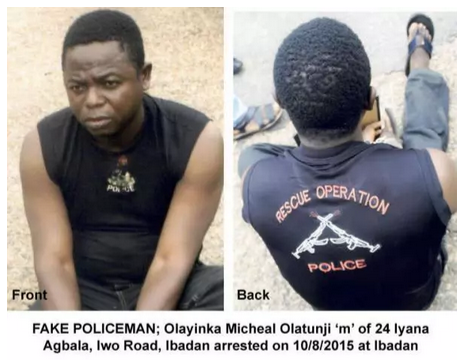 He was arrested on Monday, August 10, at about 2pm. by some police officers who were patrolling at Iwo road shopping complex Ibadan.

The suspect paraded himself as a police officer to innocent citizens at the scene in a bid to extort money from the traders.

The suspect was seen parading himself as an Assistant Superintendent of Police (ASP) trying to effect an arrest.

The state CIID Ibadan is currently investigating the matter.