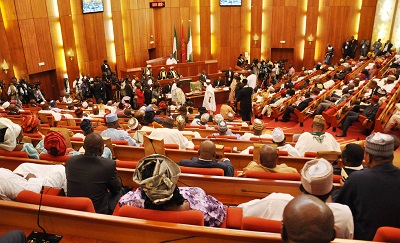 Senate Leader, Senator Ali Ndume, on Wednesday, said the red chamber had no time to consider the all-important Petroleum Industry Bill now because it was not the priority of the current administration.

Ndume said rather than dedicate time and resources on the PIB, stalled in the 7th National Assembly, senators had been focused on how to first block leakages in the oil sector.

Speaking in an interview with a PUNCH correspondent in Abuja yesterday, Ndume said the Senate had been taking a second look at the Nigerian National Petroleum Corporation Act to determine the financial inflow and outflow of the corporation.

He said, “We are not talking about the PIB for now. The PIB got stuck somehow in the 7th Senate and this is a new government that definitely comes up with an idea of how it intends to run the oil and gas industry.

He said the Senate could not concentrate on the passage of the PIB now because there were so many unresolved issues about the content of the proposed legislation and listed these issues to include “the community aspect, joint venture contracts and the partnership issues”.