According to Best of Nollywood, the late actor’s death was made public to President of The Golden Movie Ambassadors of Nigeria, Comrade Saidi Balogun on Friday morning. 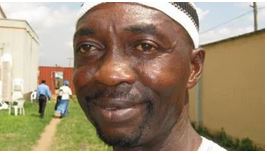 It was gathered that the thespian  reportedly  died on Friday, July 31, 2015, at his residence in Agege, Lagos following injuries he sustained from an accident he was involved in few weeks ago.

According to a family source, his remains would be buried according to Muslim rites in Wasimi, Abeokuta, Ogun State.

Ajigijaga carved an niche for himself in the movie industry as a go-to actor for crime roles.