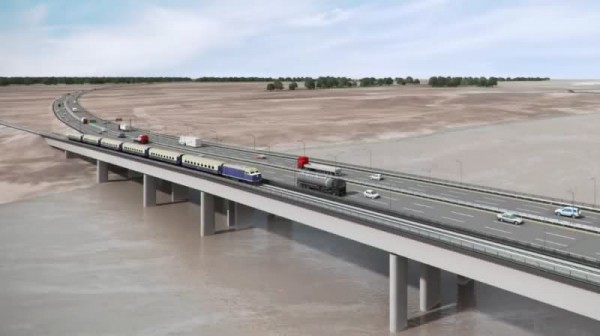 Dikko said this while briefing journalists following a meeting with President Muhammadu Buhari. He also said ‎that there were a few issues militating against the actualization of the project.‎

“The second Niger bridge is one of the projects that we discussed with the president. We did say yes it is in the commission for regulatory oversight. We have been discussing the transaction with the ministry of works.

“But before it can be finalised the commissioner has to give a certificate of compliance, but we haven’t done that because we have‎ seen a lot of issues that we are uncomfortable with.

“We are talking with the ministry of works for them to correct it.The communities around that area are clamouring that their lands have been taken and that they have not been compensated adequately,” he said.

Dikko said he does not know how long the project will take but reminded Nigerians that projects under Public Private Partnership (PPP) take time.