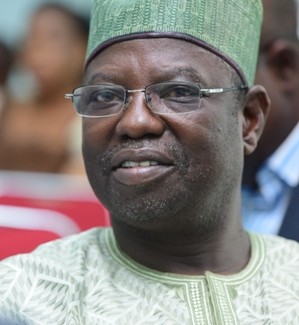 Acting Director-General, Nigerian Maritime Administration and Safety Agency, Mr. Haruna Jauro, has approved the redeployment of some members of its senior management.
This was contained in a statement made available to newsmen on Monday in Lagos by Deputy Director and Head, Public Relations Unit of NIMASA, Hajia Lami Tumaka.
According to the statement, the new postings are expected to reposition the agency toward meeting its statutory mandate as enshrined in the NIMASA Act and other enabling instruments.
“Mr. Ibrahim Jibril is the Director of Administration and Personnel Services; Mr. Felix Bob-Nabena is Director of SERVICOM; while Mr. Olayemi Abass takes over as the Head of Financial Services Department.
“Mr. Suleman Abdulsalam is the Acting Legal Adviser; Mr. Mohammed Sani is the Head of Procurement Department; while Hassan el-Yakub is Head of Cabotage Department”, the statement said.
It said that, “Tumaka is now the Deputy Director and Head, Public Relations; Aisha Musa has been redeployed to Head the Western Zone; while Mr. Isichei Osamgbi is Deputy Director, Maritime Guard Command”.
The statement noted that Mr. Dele Ejekuko is in charge of Zones in the director-general’s office, adding, “Mr. Eric Orji is the Acting Registrar of Ships”.