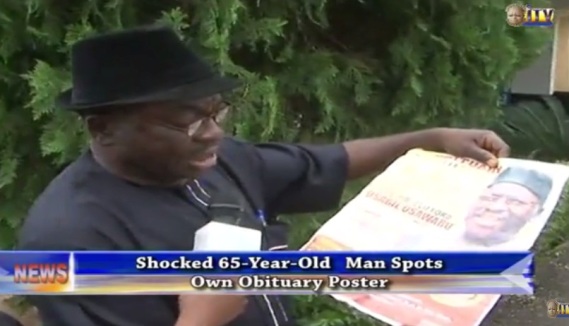 65 year old Clifford Osawaru, said he got the shock of his life when friends alerted him to posters announcing his death and funeral arrangements, which were pasted on some streets in Okunmwun community, Ovia North East LGA of Edo State yesterday. The man who said he was hale and hearty wondered why anyone would print his obituary

“When I am alive, they said I am dead. This is not wife at all” he said referring to the names printed on the poster

He said he had served the community for over 20 years and didn’t deserve to be treated this way. He called on security agencies to look into the matter. See more photos and the video after the cut… 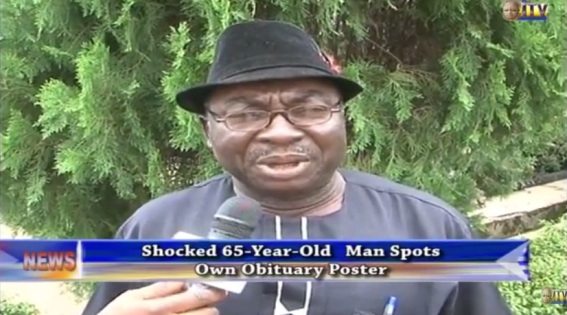 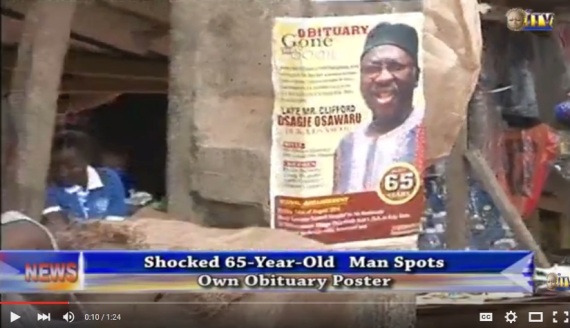